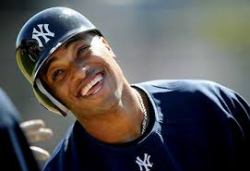 Robinson Cano might be smiling today, but if history is any guide the Seattle Mariners won’t be in three years.

The very best thing that could happen for the Seattle Mariners is that 31-year old second baseman Robinson Cano flunks his physical of Monday, and will be forced to pass on the ludicrous cash they are willing to pony up for his services.

It’s not that Cano won’t be worth $25 million for the first couple of seasons of the deal, but that he will almost certainly not be during the last five-to-seven that will define the stupidity of this signing.

If the Mariners were paying Cano for the last seven seasons, this offer makes sense, but at the age of 31 Cano is likely at or just beyond the peak of his physical apex.

In 2011, the St. Louis Cardinals won the World Series.  Future franchise statue Albert Pujols was reportedly 31, and was the author of one of the best 11 year runs in the history of baseball.  He was relentless in his production, and solid as a team leader.

In 2012, the Cardinals spent the Pujols money on Carlos Beltran, and had enough left over to bring back horse Adam Wainwright and future hall of fame catcher Yadier Molina.  They made it to game seven of the NLCS in 2012, and played in the 2013 World Series.  The Angels have posted a combined 167-157 record with a gimpy Pujols putting up the two worst offensive seasons in his career.

After 2006, the Chicago Cubs grew tired of watching Matt Murton play left field, so GM Jim Hendry took a chance on the 31-year old Alfonso Soriano with an eight-year, $133 million deal.  The previous six seasons, Soriano had been one of the most dynamic players in the game with totals of 205 home runs and 208 steals.  For his six full seasons in Chicago, Soriano hit 164 homers and stole 60 bases.

The return on investment for any player signing a longterm deal after age 31 brings diminishing returns, and history suggests Cano’s deal, which seems to be done as I write this, will be no different.

Seattle may enjoy Cano for a couple of years, but as father time saps Cano of his power and flexibility, that $25 million each year will keep the Mariners from signing equally productive players for far less money, and Cano will end his career playing for the bad team his pot of gold helped create.

Owners of sports franchises are fascinating people in that some make the same mistakes over and over ensuring their failure while others exercise restraint and execute a plan that apparently works just as consistently.

Fans who are wondering why teams like the Cardinals always seem to win while the Cubs, Angels, and New York Knicks always lose don’t have to dig very deep to find their answer.

You can now add the Mariners to that list.