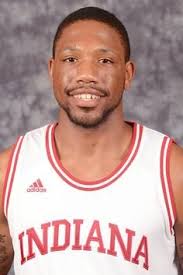 Evan Gordon was lights out good against North Florida and Oakland. Wait until he plays great basketball against a Big Ten team before coronating him the savior of a mediocre season.

Indiana has had a tough time getting scoring from the wings this season, and when senior Evan Gordon dropped 26 points on 10-12 shooting, fans and media began to wonder very loudly about the possibility of the fifth year player emerging as an answer to a wide variety of questions.

Gordon’s bounty last night came on the heels of another very efficient 15-point effort against North Florida where he hit 7-9 shots in 19 minutes.

Forgotten were the 45 total points in the previous eight games on 12-30 shooting.

There is every chance that Gordon can continue to drop bombs throughout the rest of the season.  Gordon has always been an adept scorer, but to assume that Tom Crean should be insert Gordon into the starting lineup, and relegate Will Sheehey to the bench role he endured during his first three years is beyond premature.

Last season, Remy Abell appeared to be quite adept at knocking down three-pointers in bunches as he hit 11-19 prior to the beginning of Big Ten play.  From that point forward, Abell hit 5-14, and then left the program.

The moral of the Abell Fable is that unless you know what you’re watching, it’s very easy to get excited about a performance that comes against an opponent that is inferior to those the Hoosiers will face in the Big Ten.

To believe that suddenly Sheehey has regressed to the point where he is not one of the best five players on IU’s roster is madness.  He is never going to be a dominant scorer – that’s not who he is – but he can defend well at several positions.  Without good defense, the guys knocking down threes on your end are the same guys who allow threes on the other.

While fans are thrilled when poorly defended 25-footers slice through the net, there are considerations that require the attention of coaches that are more important than shots falling.

It’s true that if you can’t shoot, you can’t play, but being only a shooter does not punch your ticket to productive minutes against Michigan, Michigan State, Ohio State, and Wisconsin.

Again, none of this is to say that Gordon can’t defend at the wing, or function as an outstanding all-around player.  Tom Crean just needs to evaluate the way these players fit in a way that most can’t understand.  So relax.

The Assembly Hall expansion discussed on kentsterling.com in April is being rolled out to the public.  The cost will come in just under $40 million, and will provide many improvements, including a grand entrance on the south end of the building, improved bathrooms, and a change to the seating bowl at the south end that will work in concert with the grand entrance.

There is very little other than the removal of the “Dan Parisi for IU student body president” bumper sticker that seemed to be forever adhered to one of the court level signs that has changed about Assembly Hall since its construction, and the time for a facelift is long past.

For decades, fans have clamored for a new arena, but the decision was made not to drop $300+M on a new facility.  For all its warts and quirks, Assembly Hall is a very unique venue, and somehow for better or worse (mostly better) has become intrinsically linked to the brand of Indiana Basketball.

It’s not just smart business to renovate rather than replace Assembly Hall – it’s good for the program too.  Cook Hall is an outstanding practice facility, and the showplace that attracts recruits looking to improve to the extent facilities will allow.  Assembly Hall has become iconic as a historical touchstone of Indiana Basketball, and destroying it to make room for a suite-filled cookie cutter dump would be an act of idiocy the likes of which we might have expected from Rick Greenspan or one of the other dullards who ran IU’s athletic department.

Fred Glass knows what he’s doing, and the ongoing multiple construction plans that continue to put IU student athletes in a position to succeed shouldn’t be put on hold to accommodate the replacement of an imperfectly perfect arena that only requires a face lift.