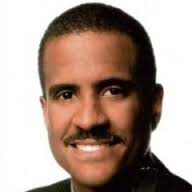 David Aldridge is a good NBA writer/analyst, but his assertion that Roy Hibbert called out Paul George for being selfish defies examination.

David Aldridge wrote a post on NBA.com in which he claimed Paul George is the teammate that Roy Hibbert was talking about when he said, “Some selfish dudes in here.”

“(Selfish offense) has been a problem for Indiana since February,” Aldridge wrote.  “And while no one will specify a name, it’s obvious that the person in question is All-Star Paul George. While Lance Stephenson occasionally pounds the ball, nobody handles or hoists the rock as much as George does.”

It’s impossible for national guys to watch as much of the local teams as the local media, but a quick look at the stats would have been a solid investment for Aldridge, who assumed because George shoots more than any other Pacer that Hibbert was talking about his locker room next door neighbor.

Here are George’s per game averages for minutes, shots, and assists, as well as the Pacers records during those games:

Shooting 2.5 times less and assisting on more baskets in virtually the same number of minutes is not evidence of selfishness.

What prompted Aldridge to infer George as the offender is best left to him to explain.  The numbers certainly don’t bear that out.  If someone sees a correlation between George shooting  and the Pacers losing, they are mistaken.

Click here to get your teeth fixed and treated by the best – Mike O’Neil, DDS of Today’s Dentistry

That doesn’t necessarily convert to an automatic judgment that Stephenson has turned self-centered.  Prior to the all-star break, Stephenson averaged 5.1 assists.  After, the number dropped to 3.5.  That’s a relevant drop, but the Pacers haven’t shot as well either, and good passes leading to missed shots aren’t assists.

Isolating statistical rationale for the Pacers recent backslide is difficult because numbers in a vacuum can be misleading.  Stephenson hefting an extra shot and dishing more two assists each game cannot explain an eight-game difference by themselves, but one thing for sure is that George is in no way showing himself to be a more selfish player over the last 20 games.

[ed. note: if some of this looks familiar, I wrote a longer post this morning that contained some of the some data.  In this post – shorter by half – the relevant stuff is front and center.]