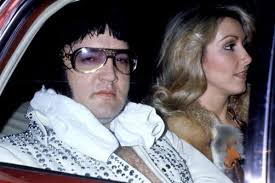 The most famous toilet related death is owned by Elvis Presley. Paulo Ricardo Gomes da Silva being conked by a thrown toilet is a distant second at best.

Soccer fans play for keeps in Brazil.  Angry fans ripped three toilets from a stadium bathroom, and one was hurled from the stands, striking and instantly killing fan Paulo Ricardo Gomes de Silva.  Obviously, this was terrible for Paulo, but perhaps worse for the family.

“So sorry to hear about Paulo.  How did he go – cancer, the old ticker, industrial solvent explosion?” they will be asked in Portuguese by countless friends and relatives.

None of the alternatives for responses are anything but embarrassing:

“A toilet fell from the sky and hit Paolo in the head.”

“Paulo went to watch soccer, and an angry fan bonked him on the noodle with a, um, toilet.”

“Happened exactly the way Paulo foresaw his demise – a toilet from the sky crushed his skull.”

Strangest part of the story is that authorities masquerading as middle school principals are banning all fans from future games until the guy (we assume it was a guy) who threw the toilet is identified and apprehended. 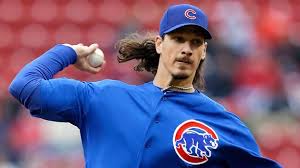 Rick renter needs to protect Samardzija’s arm until it becomes another team’s worry.

The Chicago Cubs at 11-19 are going nowhere in the standings.  They are almost certain to trade Jeff Samardzija, who is scheduled to be a free agent at the end of the season, so manager Rick Renteria’s choice last night to allow Samardzija to go nine innings while throwing a career high 126 pitches in an extra innings loss is bizarre and irresponsible.

I’m sure Samardzija wanted to stay in the game.  He’s a competitor, so trying for his first win of the season would be a logical impulse.  After all, no pitcher in baseball has thrown in worse luck than the soon-to-be ex-Cub.

In six of the seven starts this season, Samardzija has gone a minimum of seven innings and given up a maximum of two earned runs, and yet he’s 0-3 on the season.  It stands to reason no winless starting pitcher has ever been named to the All-Star Game, but based upon his NL second best ERA of 1.62 and WHIP of 1.12, Samardzija certainly would belong.

If Samardzija continues to throw at this level, he will be the hottest pitcher on the market in July and will command a tremendous bounty of prospects in return.  At season’s end, Samardzija will likely bring a bare minimum of $15 million per year given Edwin Jackson as a comparable making $13M.

Those great things for the Cubs and Samardzija can only happen if he is healthy, so extending him to 126 pitches for vanity sake is a reckless decision. 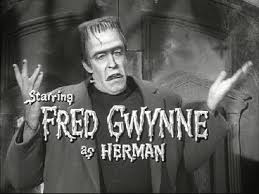 This guy won’t win the primary, but when I voted for Fred Glynn, it’s who I pictured.

It’s election day in Indiana, so the fun of voting for a bunch of anonymous people for offices like comptroller and clerk is always a chore.  While I try my best to be an informed voter, there are not enough hours in the day to figure out which busybody politician-wanna-be is going to be best at executing the duties of a city clerk.

The result is guesswork, and my version of guesswork involves a tip of the cap to people with names similar to people I either know or actors in shows I have enjoyed.

For instance, in the town where I live, a man named Fred Glynn is running for county council.  I voted for him because his name reminded me of the late Fred Gwynne who played Herman Munster on “The Munsters.”  If he wins by one vote, it will be because some dope recalled a similarly named sitcom star and giggled as he pushed the button.

Jeanette Winkler is running for clerk, and I enjoy the movie “Little Nicky” where a disciple of the devil sets a swarm of bees upon actor Henry Winkler.  So I voted for her.

David George is running for city council as a republican.  I know a Dave George who is anything but a conservative, so I voted for this Dave George as an annoyance to the Dave George I know.

As you might imagine, it takes me awhile to move through the ballot scanning for familiar names, and there is a lot of laughter that comes from my little booth.  To this point, I am the only person I know who I have heard laugh while voting (with the exception of everyone who voted for Michael Dukakis in 1988 or Ross Perot for president in 1992).