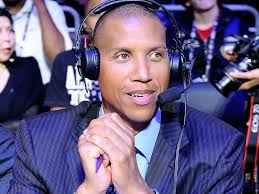 Reggie Miller is almost as good an analyst as he was a shooter for the Indiana Pacers during an 18-year career.

Reggie Miller is one of the best analysts in basketball – one of the few who migrated seamlessly from his regular NBA duties to March Madness on TNT/TBS/TruTV without showing serious weakness – and the 18-year Indiana Pacers veteran offered some unique insight today on the Dan Patrick Show.

Patrick asked Miller to complete the sentence, “If the Heat lose tonight…”

Seven-game series are the perfect length to build drama.  The better team almost always wins in the end, but the drama builds with each successive game.  The national media tends to believe what it has seen before, and the Heat winning the last two championships still trumps the Game One beatdown administered by the Pacers.

While the Heat are definitely going to bring a more intense effort tonight at Bankers Life Fieldhouse (how could they not?), the Pacers aren’t to be taken lightly either, according to Miller, “The Heat’s season is on the line tonight, and as much as we’ve been killing the Indiana Pacers, and I was one of them, they only had one thing on mind and it started in training camp, ‘We want to beat the Miami Heat.'”

“They may not say it, but they were overlooking Atlanta, and they almost lost in seven games.  They were overlooking Washington and got pushed to six games,” Miller said.  “Their main focus has always been Miami, and they were built to play Miami.  We saw that in Game One.  Now, you don’t win two championships for nothing and not being able to win on the road.  So we’ll get the Heat’s best effort tonight, and it should be a very entertaining game.”

Miller went on to predict one of the great LeBron James performances with a potential for a 50-point explosion.

Despite Game One, or perhaps because of it, the Heat are favored by 2 1/2 points tonight.  For Game One, the Pacers were 1 1/2 point dogs and won by 11.  NumberFire projects a 62.6% likelihood of the Pacers winning tonight.

Remember all games in the Eastern Conference Finals start at 8:30p.