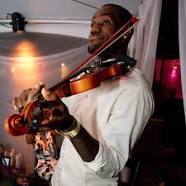 Lebron James is just fiddling around with free agency (see what I did there?). He isn’t going anywhere.

The world would be a much more accommodating place for the Indiana Pacers if LeBron James would sign with the Los Angeles Lakers, but it’s never going to happen.

Signing with the Cleveland Cavaliers would re-ignite the dormant passion for professional basketball that existed prior to James becoming public enemy #1 four years ago when he abandoned the fans who had worshiped him since his high school days in nearby Akron.

Everyone should relax because it’s never going to happen.

A move by the best player of his generation to the already stacked Western Conference would move the Pacers to the front of the pack for a trip to the NBA Finals, but James will figure out what can be done contractually to allow the Heat to retool in order to add to their total of two NBA Championships.

The name of the game for LeBron and his agent is branding and marketing.  Winning championships puts James front and center in the pantheon of visible American athletes, and finishing second diminishes that value.

One person today’s announcement will not benefit is repellent broadcast Jim Gray, whose phone will stay silent as James learned his lesson about public pronouncements of destination.  It was Gray’s idea and execution that caused unpleasantness as James to make the biggest misstep of his career in declaring that he would be taking his talents to South Beach.

James will make his money one way or another, and also find the best path to more turns on basketball’s biggest stage.

Carmelo Anthony may choose to do the same thing with the Knicks as he ponders his future.  Now, Anthony does not engage an audience in the same way as James does, so up-front money from his franchise cannot be sacrificed because of the longterm win provided by international marketing deals.

Anthony is an exceptional player whose teams have never succeeded, and that labels him a loser in the eyes of many.  Whether that is an erroneous inference or not, it makes his brand less valuable.

So James will listen politely to the offers of other teams, and then put together a deal with the Heat that will allow enough cap space to boost the chances of the Heat rising to the challenge James laid down at the Heat’s obnoxious gala to introduce James, Dwyane Wade, and Chris Bosh as conquering heroes prior to playing a single game.

The more interesting question mark for the Heat is the intention of Bosh.  He is not a marketing icon in the way James is, and the cash Bosh is due for 2014-2015 might be very important to him.  If he refuses to recalibrate his comp plan, the Heat won’t be much better off even if James comes in at a reasonable number.  Or worse, he may bolt for a long term deal.

With James, Bosh, Anthony, Love, Lowry, and others exploring options, this will be a fascinating offseason.