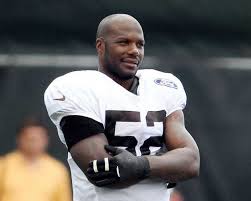 D’Qwell Jackson is an offseason acquisition by the Colts who is expected to provide physical play and leadership.

There has been a lot of focus on the defense for the Indianapolis Colts as we get ready for the 2014 season. The concern is justified, as it is definitely the weaker side of the ball at this point in time. The linebackers in general were average last year, but if a few guys are able to take that next step, it could become a strong position for them in general.

If the season started today, the starters would likely be Robert Mathis, Jerrell Freeman, D’Qwell Jackson and Erik Walden. Jackson is the newcomer to the team, and he was a pretty big free-agent acquisition for Indianapolis. He should be inserted right into the lineup and make a pretty big impact.

Mathis is still going to be considered the anchor of this core group of players, and he has the numbers to back him up. He was one of the best pass rushers in the NFL last year, so he will always welcome new help added to the roster. He was expecting to get help out of some of the youngsters on the roster last year, but Walden and Bjoern Werner were average at best the entire year.

Putting pressure on the opposition is going to be a major key to success for the Indianapolis Colts this upcoming year. They would ideally like to have somebody opposite of Mathis stuff up and take on a bigger role. That pretty much comes down to Walden and Werner. Having pressure coming off the end will allow Mathis to have more room to work with because teams can throw multiple guys at him.

Indianapolis was average or below average in nearly every single category last year on defense in fantasy football. If the linebackers step up, they could have an effect on the rest of the defense. This is the one position they have the potential to be very good at in 2014 if a few guys are able to step up.