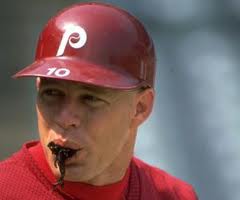 If baseball players need Bud Selig to tell them this is stupid, baseball’s problems cannot be solved by a simple ban of chewing tobacco.

There is no argument that chewing tobacco is just about as dumb a thing as human beings can do.  It’s highly addictive and causes oral cancer.  Those are two very solid reasons to avoid sticking weeds in your mouth and spitting the disgusting juice.

But there is also no argument that people are always eager to tempt fate and engage in behaviors that can be dangerous if not downright deadly.  it’s part of our DNA.

That led baseball players long ago to begin the tradition of chewing, and now in response to the death of hall of famer Tony Gwynn from cancer caused by chewing, the outgoing commissioner of baseball and the players union are getting together to try to ban it from major league baseball.

It’s a laudable statement against idiocy, but it as we are each the captains of our own vessel, it is an overreaching act that encroaches on our right of self-determination.

As dumb as people can be sometimes, we are proud of our ability to tell one another how moronic others are and how only we can help them avoid the pitfalls of their own boobery.

The sad truth is that if you are reading this, in 75 years you will either be dead or on the precipice of meeting your demise regardless of your brilliant choices – or those you impose upon others.

Michael Bloomberg, the former mayor of New York City, was a big advocate of micromanaging the lives of those he governed.  His efforts to limit the sizes of cups for soda pop was one of the sillier examples of his cultural activism.  Granted, 44-ounce schooners of Coca-Cola are absurd examples of our desire to poison ourselves through ingesting laughably bulky excesses of vitamin-free fluids, but if an adult wants to flood his or her digestive system with corrosive brown goop, it’s a personal choice that should be accommodated.

Major League Baseball has never been chock full of geniuses in management or on the field, and the preponderance of players who choose to chew is evidence of that.  It has always been a nicotine distribution system that defied reason, but rolling tobacco in paper and setting it on fire before inhaling the smoke isn’t exactly a stroke of genius.

Unlike smoking, the byproduct isn’t airborne, and minus the brown ooze that harmlessly collects in the bottom of cups and on dugout steps, its residue does not invade the ecosystem of others.  The only victims in chewing are those who chew and the custodial staff that is charged with tidying up player areas.

If you chew, click here for a free oral cancer screening by Dr. Mike O’Neil at Today’s Dentistry

Tolerating and learning from the stupidity of adults used to be part of kids growing up.  Accepting weakness was part of life.  Watching and processing consequences we witnessed as they were meted out taught us lessons.  Now, activism is encroaching upon our rights to cause ourselves harm, and it’s wrong because assuming you are smarter than I am, or vice versa is counter to reason.  History tells us that we are all terminally greedy, intolerant, and stupid regardless of intellectual prowess.

While the ravages of oral cancer are a horrifying result of chewing tobacco, as Gwynn discovered, banning its use meddles with our right to be dumbasses – a right not strictly guaranteed by the constitution, but a historic behavioral certainty.

Bud Selig has no right to confer his sensibility on those who play the game he oversees.

Life is finite, and the foolish choices we make should be our own as long as they cause no one else harm.