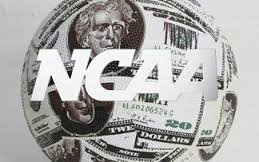 With the college football playoff and SEC Network, even more money will flow into athletic departments, but none will trickle down to the players.

College football and men’s basketball players who toil for programs belonging to the Big Five conferences (SEC, Big Ten, Big 12, Pac-12, and ACC) are being exploited to the tune of billions, and many are being forced into sham classes and majors that serve as worthless compensation for the money their athletic prowess generates.

While there are outlier programs and exceptional athletes who find a way through that mire to provide or earn a meaningful education, it’s ridiculous to disagree that the major college football and men’s basketball model is focused upon creating wealth rather than well-rounded men.

Almost everyone agrees on several things:

It has gotten to the point where barely informed people are looking at the construct of collegiate athletics and say, “Well that doesn’t make a lot of sense.”  Of course, they are right.  Very little of what goes on in college athletics makes sense.

Mary Willingham was an academic advisor at UNC-Chapel Hill for more than a decade, and was recently forced to leave her position because she has been an outspoken advocate for the athletes she was trusted to lead from ignorance to enlightenment.  She didn’t cow-tow to the money machine of Tarheel athletics.

Former Tarheel basketball star Rashad McCants is being bludgeoned by those blindly loyal to the university who don’t want the insanely profitable apple cart upset by something as insignificant as the truth.  He took the sham classes that Willingham told us about, and even showed his transcripts after outing himself as a sham student who earned a spot on the Dean’s List for a semester during which he never attended a class or submitted any of his own work.

We know about North Carolina because of the courage shown by both Willingham and McCants, but this thievery of athletic gifts gained through the sham of amateurism is rampant.

The NCAA released a partial look at a plan still to be vetted, voted on, and implemented that will allow the members of the five major conference to act with a measure of autonomy, but the smaller schools may find that to be a threat to their existence as the first volley toward an entirely separate division of schools that will force their athletic relevance to recede, and that should be the correct read.

The time has come for the 65 money pumps to form their own class – either under the NCAA umbrella, or separate from it – that will finally recognize itself for what those programs have become, virtual minor leagues.

What is certain is the status quo cannot remain in place – not as the money continues to pour in, coaches are paid many millions, and the workforce is preyed upon as an unpaid subclass that embodies the “neo-plantation mentality” the inventor of the modern NCAA described in his autobiography.

Whether the NCAA will muster the strength to call a spade a spade and institute the changes needed quickly enough to mitigate the changes being proposed in congress and those that may be caused by the results of lawsuits is the question.  Change is coming because “the arc of the universe is long, but bends toward justice” as Martin Luther King Jr. famously said.

All that is unresolved is who will courageously stand up and create fairness where little previously existed.  Willingham, McCants, Ed O’Bannon, Sonny Vaccaro, and Jay Bilas have stood up.  When will everyone involved in the hypocrisy of amateurism tear back the curtain of deceit and tell the truth?

One thought on “Time for tiptoeing toward glacial progress is over; NCAA needs radical relaunch to benefit for-profit athletes”