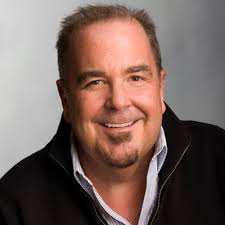 First, the good news – veteran broadcaster Steve Simpson has been hired to inform and inspire Minnesotans at heritage news/talk WCCO in the Twin Cities.  The bad news for Indianapolis radio listeners is that Simpson will be doing the thing in Minnesota that he has done so well here for the last 20 years.

I understand the reason he was replaced on WIBC by right wing talker Tony Katz.  The strategy makes sense on paper – if conservative radio listeners are listening to Greg Garrison and Rush Limbaugh from 9a-3p, why not hire to ideology throughout the schedule?

The reason I understand it is that I worked at WIBC when we made a similar mistake in 1993 & 1994.  WIBC decided then that Limbaugh was such a dynamic personality that hiring more hosts who mimic his conservatism was a stroke of brilliance, and hosts like Bruce Stevens were replaced by ill-informed ideologues like Bob Kwesell and Stan Solomon.

At the time, Emmis owner Jeff Smulyan was so outraged by what happened to WIBC that he bought the station and hired management that reversed course back toward the trusted news format that had been so closely linked to the station back to Jim Shelton and Bouncin’ Bill Baker.

Now, WIBC is conservative around the clock.  Providing information without agenda to Hoosiers in a compelling way has taken a backseat to consistency in ideology.  Fox News, Limbaugh, Garrison, Katz, the Chicks on the Right, Abdul at Large, and The Dana Show keep the needles bouncing with similarly themed diatribes against same sex marriage, Barack Obama, and the supposedly liberal media.

There is nothing wrong with entertaining listeners with politically pointed performance.  Garrison in particular is capable of absolutely great radio.  But asking a broadcaster like Steve Simpson to leave the building shows either a lack of cognition in what a news/talk radio station is supposed to do or an indifference to the public trust built over 75 years as the Voice of News in Indiana.

Simpson was a trusted voice who was invaluable as a host during breaking news, severe weather, and election coverage.  One of the very best in radio history at producing and performing simultaneously, Simpson could always – ALWAYS – be counted on to bring listeners the information they needed when news broke.

He made management easy.  When news broke, calling Simpson to process it, make sense of it, and dispense it generously to listeners made those potentially difficult days easy.  He was Batman to a variety of WIBC’s Commissioner Gordons who filled the seat of program director.

His uncanny knack for producing with one part of his brain while performing with the other was called upon often as others around the country struggled to be timely, informational, and responsible.

Strategy I get.  Being unable to utilize the skills of a brilliant broadcaster who was always willing to make himself available around the clock to inform and enlighten is something I just cannot fathom.  It’s inconceivable there was no role within WIBC or Emmis that Simpson couldn’t fill better than someone who works there now.

If Emmis wanted to make the same mistake that Sconnix did in the mid-1990s, that’s their prerogative, but to jettison a respected voice and mind that was responsible for bringing so much critical information to listeners who learned over two decades to trust they were getting the straight truth is unconscionable.

Simpson has always been an easy guy to underestimate.  Never calling attention to himself, he deferred to the needs of the listeners by always allowing the story to be the star.  That kept Steve from being as polarizing and talked about as Garrison and Limbaugh, but there are times when ratings and revenue aren’t the only two metrics that matter for a supposed conveyor of information.

Trust and reason count, and are the foundation upon which WIBC was built.  Fred Heckman was the most trusted voice in Indianapolis for generations, and Simpson worked tirelessly to justify that continued trust even as the rest of the station wobbled and wavered with occasional wild political posturing.

And now when the sky turns dark, planes are flown into buildings, corruption visits the state house, and elections change the city, state, and world, Steve Simpson will no longer be here to tell us about it.

He’ll be in Minneapolis doing it for another trusted voice.  Good for the Twin Cities; not so good for Hoosiers.

[Steve Simpson is a friend of mine with whom I worked for 17 years.  Of course, I’m personally disappointed that Steve was shown the door, but happy that he will have another chapter in his career at a great radio station.  I tried to keep this as close to down the middle as possible because that’s what responsible conduits of information do.  If you don’t believe me, just ask Stever.]