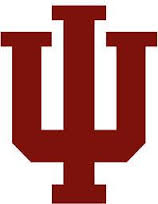 TOM CREAN: First of all, the State of Illinois and the history of the Big Ten lost a really, really good one yesterday with Wayne McClain’s passing. I didn’t know Wayne as well as most, but had great respect for what he did as a coach certainly in high school and then what he brought to the Illini and the Illini Nation and was a big part of the history of this state in many ways. Indiana basketball sends condolences to his family and friends and anybody that worked or played for him.

As far as us, we’re trying to get ourselves to a point right now where we can look at every day and know that we are tenacious, that we are on the attack, and that we are fundamentally driven, and that’s the goal. It’s been the goal since the season ended when we started spring workouts the week after our season, and it has been the goal with every new player that’s come in. We’re at 60 percent of a new team right now, but getting the team to understand every day the compete level that they have to have, the togetherness that they have to have, the ability to move the ball, to move their bodies, to understand the value of defense. If you’re going to be any good in this league, you have to defend and rebound. Last year we ended up being sixth in the country in rebound margin, and we lost a pretty good rebounder in Noah Vonleh, so that’s one of the things we have to get established that we can rebound the ball, and if you’re going to be good in this league you’ve got to be able to get back in defense and stop the transition because there’s so many great fast break teams in this league. You’ve got to be able to control the dribble, and because of the passing in this league, you’ve got to be able to control the dribbler without a lot of help because this league will pick you apart when you’re over help over rotation system. You’ve got defending the three, and you’ve got to be able to rebound. So those are big, big aspects for us moving forward.

Love our attitude. The Montreal trip for us this summer where we got the ten extra days of practice and a chance to go over there any play five games which were all extremely competitive was very, very good for us and helped our team in many ways. I love the way that they’re working. I love their energy. And this year right now we’re much more focused on our fundamentals and the details of the game and the spacing rather than trying to get guys to understand how hard they have to go, how competitive they have to be. So that’s a sign of maturity right there for our team.

Individually, I won’t take all the time up here to talk about those guys. Like I said, we’re excited about the new guys and the fact that Yogi Ferrell is back with us for his third year and has had the success that he has had in this league. On being the point guard on a team that was number one in the country for 10 or 11 weeks as a freshman to the things that we had to have him do last year. We probably had to have him do more last year than what would have been in a perfect world, but he was capable. And now I think we’ve put more people around that will get the floor spaced, will be able to allow him to play more to the style that he is so good at being able to play, which is not only to score the ball but to move the ball, and along with that, we’re excited.

I’ll just mention two other older guys. We’re excited about the addition of Nick Zeisloft who’s from the city of Chicago but from Illinois State University. He brings a wealth of experience to us, but he brings a tremendous competitiveness and that tenaciousness that we talk about and the energy that we need, not to mention a high skill level, especially shooting the ball. And we’re hoping for the emergence of Hanner Mosquera- Perea. People ask what’s different with him when they see us back home, and his body continues to change. He continues to get bigger and stronger, but he’s playing with a poise, and he’s playing with a consistency.

Now, it’s early. It’s two weeks in, but that’s a start. With that, we’re excited about the direction of the team and the way that they’re working.

Q. Getting back to Hanner, what have you seen from him so far and what are your expectations for him this year?

TOM CREAN: Well, consistency, that’s the word. Consistent in everything, consistent off the court, consistent on, consistent with his effort and energy level. Because if there’s one thing that’s held him back in the past, it’s not being able to play long stretches consistently, and certainly Noah Vonleh took a lot of minutes last year and rightfully so because of the production that he had. But we need Hanner to be a real disrupter and force defensively with the ability not only to block shots but to cover ground. Our goal is to get him to a place where he can guard everybody on the court, not only on the post, whether it’s a switch-out, whether it’s if he gets isolated, being able to use his length, his quickness, his athleticism to use that, and he’s got to be able to score for us in transition, score on offensive rebounds, but also be able to score in the post.

And we’re going to have to find a lot of different ways to score in the paint. I think we scored 25 percent of our points in the paint last year, and we don’t want to give that up because that’s where so many of your free throws come, and he’s got to be able to get fouled for us.

But he just really needs to continue to build on the consistency that he has and the poise that he’s playing with because he’s really slowed himself down in the post. In the past he’s struggled playing in any type of traffic, and I think because of the spacing we’re going to hopefully be able to have this year that’s going to help him with that, but at the same time he just doesn’t need to get ahead of himself and be in a rush when he gets the ball and continue to play on that poise level.

Q. Your thoughts on James Blackmon Jr., what you’re seeing from him early and what you need to get from him?

TOM CREAN: Well, he’s come in with a beyond serious work ethic. Robert Johnson, and James Blackmon, for as highly ranked and they were and certainly being from Indiana and being a McDonald’s All-American, sometimes those can go another way. And the fortunate thing we’ve had is we’ve never had a McDonald’s All-American before we got to Indiana, but they have the same basic

He’s a never-day-off guy, he is constantly working on his game. He’s very, very easy to coach because he knows he needs to get better. He knows he’s good, but he knows he needs to get better, and he takes it. He’s extremely humble in the sense of where he needs to improve. What I love about him is he knows he needs every aspect of it. A year ago this time, he might have been able to do 185 pounds back home maybe once, maybe, when he got to Indiana in early June he did it seven times. Two and a half weeks ago, he did it 13 times. So that’s a guy that’s serious not only about the basketball part of it, he’s serious that everything he’s going to need to be really successful at this for a long time. He’s been a tremendous student early on in the summer and is really learning the leadership that he’s capable of and the best leadership he can bring right now is just that consistent level of toughness and determination in practice and competing when he gets a little winded, and I think he’s going to be really, really fun to coach. He certainly has been to this point.