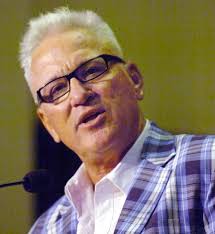 The simple act of hiring Joe Maddon has re-energized this very small but passionate part of the Chicago Cubs fan base.

As I gave my personal ticket representative my Visa number over the phone, I heard my Dad whisper all the way from heaven, “What are you, a moron?”

The Chicago Cubs are on the precipice of hiring a transformative figure in their history, and suddenly I reverted to the hope-tainted wretch I was from 1969-2003, and that meant picking up the phone in response to a postcard from the Chicago Cubs offering me a chance to buy season tickets for the 2015 season.

When the postcard first arrived, I laughed at it.  Buying season tickets for a doomed franchise as an investment or for personal use was as far from my mind as returning to college to indulge my long dormant dream of learning Fortran.

And then the Cubs did something either prescient and bold or insidious and cruel – entered into an agreement to make Joe Maddon their manager.

Now that Jim Leyland is retired, I believe Maddon is the best manager in the game.  His style of leadership is perfect for baseball – empower the players and turn them loose.  Enforce few rules, but make sure those that are in place are strictly followed.

Cynicism is an easy indulgence where the Cubs are concerned.  Not only have the previous 106 seasons been a trail of tears for everyone associated with the team, but recent moves by ownership and the business office have shown a nauseating proclivity for whoring out the team and ballpark.

Last offseason, the Cubs negotiations with free agent Masahiro Tanaka were an absurd and meaningless dance that were destined to fail, and everyone involved knew it.  They were held only to build hope among a fan base without an alternative rationale for looking forward to the 2014 season.  it was a cruel canard, and Cubs fans deserved better.  That was the last straw for me, or so I thought.

During the summers of 2011 and 2012 that I spent in St. Louis, I learned why the Cardinals always succeed and the Cubs don’t.  It isn’t some metaphysical pox that the baseball gods have visited on the Cubs.  It’s competence in all phases of operating the franchise.  “The Cardinal Way” wasn’t just on on-field representation of fundamental excellence.  It is reflected in decision making at all levels of the business and marketing departments.

Hiring Joe Maddon is not just bringing in an eminently qualified leader to run the on-field operation, it represents the kind of decision making that leads to success.  It’s very Cardinals-esque.  The Cubs didn’t wait for Rick Renteria to fail his way out of the manager’s position.  They decided that good – and Renteria was a good enough manager to win 73 games despite a roster filled with aging mediocrity and youth more promising than productive – wasn’t good enough.

The opportunity to hire a leader like Maddon, who won 90 or more games five times in nine seasons despite a payroll that averaged only $53.1 million while playing in a division that includes the New York Yankees, doesn’t come around often.

In fact, the Yankees payroll averaged $204 million over the same period.  That reflects a manager that is able to get a lot out of not so much.

It would have been easy for Cubs management to stick with Renteria – an amiable fellow who was never seen as the cause of any stress or strain from fans.  But great doesn’t happen because the easy path is pursued.  Championships are won through consistent assessment and acquisition of talent molded by smart, aggressive, and exacting leadership.

The Cubs farm system’s strength is of little interest to me.  I’ve seen enough Brooks Kieschnicks, Corey Pattersons, and Ryan Harveys to take lightly the promise of future excellence.  When youngsters become productive at the major league level, that is the moment I become engaged.  But when a franchise expresses its desire to succeed through doing the difficult but correct thing, I pay close attention.

Click here to enjoy the best teeth on your block – Dr. Mike O’Neil will build you a mouth to be proud of.

And then evidently I invest heavily in their product, which in my world is an outlay of $4,662 for two bleacher tickets to 62 games played 189.7 miles from our house.

Not only will I buy that season ticket package, but my wife has fully endorsed the purchase.  Actually, she asked about buying more.  Julie’s boundless enthusiasm equates to a reason to set aside petty concerns about the cash-first Tom Ricketts era of Cubs ownership, and push all chips into the middle of the table.

Ignoring all past indiscretions and jumping in head first is a longstanding Sterling tradition.  We are due to be right, and so are the Cubs.