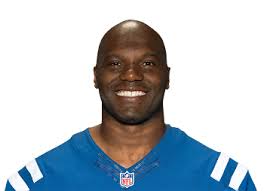 The Colts signed D’Qwell Jackson to be a pillar guy, but after listening to his alleged victim, can they think that today?

The questions about the assault charge against Colts linebacker D’Qwell Jackson outnumbered the answers by a significant margin, so we did what the curious tend to do – seek the answers by parties as close to what happened as we could find.

Sportstalk radio sometimes relies on speculation rather than searching for facts, and I’m not a fan of that kind of media, so providing it myself on CBS Sports 1430 would make me physically ill.  Picking up the phone to search for a version of the truth is the very least we can do, so that is what we did.

A series of phone calls led us closer and closer to the victim of the alleged assault until we finally got the number of Jose Bonilla Fuentes, and when we called him, Fuentes answered.

The live interview included accusations about Jackson punching, kicking, choking, and threatening the life of the pizza delivery man who had parked in Jackson’s reserved spot outside a building where Jackson owns a condo.

We tried to track down Jackson, but were unsuccessful so we were left with one side of the story, and that is all it is.  Fuentes was very emotional and compelling as he described the events of the previous night, but before casting any judgment people should wait to here from Jackson.

Fuentes seemed not to have any inkling that Jackson is a Pro Bowl linebacker for the Colts, but he does mention that Jackson offered to pay him for his silence.

The story Fuentes tells is captivating, and he sure doesn’t seem to be interested in a payday, but the interview is only a piece of the puzzle.  The picture that is starting to come into focus from a combination of pieces is troubling – if players operating outside societal boundaries as expressed by laws is important to you.

The picture of Colts misbehaving does not fit under the umbrella of “Horseshoe guys” as described by coach Chuck Pagano.

Prior to yesterday’s news, one of the first players named by media when asked for an example a Horseshoe guy would have been Jackson.  There are some guys in that locker room who seem capable of irresponsible behavior, but Jackson is not one of them.  Another Horseshoe guy would have been fellow linebacker Josh McNary.  He’s been charged with raping a girl on December 1.

Assorted OWIs/DUIs/suspensions/missed buses/etc… has left fans confused by all the rhetoric about the Horseshoe while seeing an unending stream of news stories of wayward behavior that reveals reason to question the kind of people the Colts are choosing to pack on their roster.

Fans who devote their disposable income and rapt attention to the Colts deserve to know what kind of guys play for the team, and then decide whether they give a damn about what they do in their spare time.  There will be those who just want wins, and could care less about the rest.

That’s fine, but as you weigh the importance of character, listening to a man who has accused a prominent Colt of an illegal level of violence is a worthy endeavor.  But let’s wait until we here from Jackson to pass judgment.