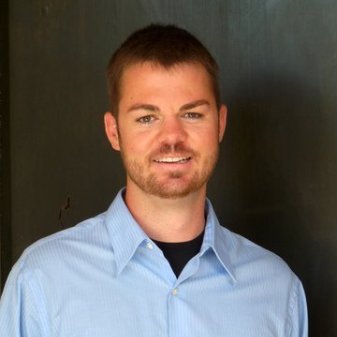 Little did Sports Illustrated’s Andy Benoit know he could tweet himself into journalistic exile by voicing disdain for women’s sports.

Poor Andy Benoit.  He tweeted his silly thoughts on how women’s sports aren’t worth watching, and his world exploded.

The Sports Illustrated editor isn’t a fan of watching women, said so, and has been excoriated in the media ever since.  Sure, his position was dopey – watching anything where score is kept can be either scintillating or tedious – but the resulting barrage of invective being hurled at him has been even more absurd.

What doesn’t offend us these days?  A guy with 12,500 twitter followers writes that women’s sports aren’t worth watching, and all of a sudden Amy Poehler and Seth Meyers bully this guy into submission.  Deadpan and Awful Announcing joined the piling on, and every self-righteous boob in America has been eager to show how enlightened he or she is by yammering about the majesty of Serena Williams, the WNBA, and the Women’s World Cup.

Not too long ago, America would have shrugged at the rantings of a person who uttered silliness, but somehow our society has turned into a giant club of bullies who can’t wait to wallop anyone who argues a point that brushes against the grain.

Benoit is a young guy who has written well about the NFL for SI and Peter King’s MMQB website.  He tweeted that women’s sports is not worth watching, and now he is a societal pariah.  ESPN’s Keith Olbermann anointed him the world’s worst person in sports, although he was good humored in his bashing of the journalistic piñata Benoit has become.

I don’t agree with Benoit about women’s sports, but I’m not going to bloody him with yet more hurtful denunciation.  What outrages me is that a significant portion of our culture has decided that bullying is wrong unless it’s against people with whom they disagree.

The joy that is derived by the “enlightened” who feel empowered to belittle and demean those who espouse a poorly articulated and sloppily researched opinion like Benoit’s is no less embarrassing than the initial tweet that led to this unending cascade of unpleasantness aimed at a guy who committed the unpardonable sin of not enjoying women’s sports.

Polite discourse is dying in America, and Twitter is more about exerting effort to not offend than to share honest opinions.  The thin-skinned responses to anything vaguely anti-anything is evidence revealing our own weakness and inability to engage in reasonable debate.

Just because a position, like Benoit’s, is unreasonable, doesn’t mean the sky is falling – or that piling on should be encouraged.

Bullying is terrible – all bullying.  Targeting those who post the occasional idiotic tweet is no more excusable than bullying people for any other reason.

Benoit’s rant was worthy of a shrug as we watched the Women’s World Cup or another WNBA game.  A virtuous tweet about how women’s fast pitch softball is often a more exciting option than watching the slow-pace of Major League Baseball would have been a better response than the insults that have filled Twitter since Benoit ignited anger among those who enjoy women’s sports in the opposite proportion as Benoit.

The glee of those who have rallied to shout down Benoit, forcing him to hide under his desk for the past five days is the most embarrassing aspect of the whole sordid affair.

There is nothing so awful about being wrong, and I hope the volume of the hate hurled at Benoit doesn’t keep him from participating in an exchange of ideas – even if some of them are ridiculous.

For people who purport to be evolved and tolerant, the opponents of Benoit’s perspective have represented themselves very poorly.

11 thoughts on “Are Andy Benoit’s tweets about women’s sports being unwatchable really worth all this chaos?”