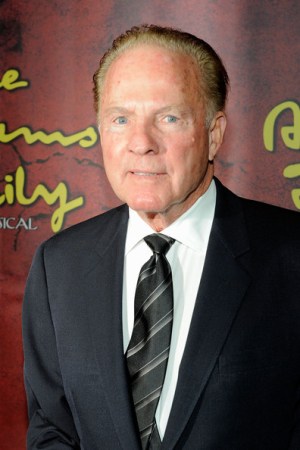 On October 20th, Monday Night Football came to Indianapolis for an atrocious game between the Colts and the Buffalo Bills that the Colts would lose 9-6 to run their winless record to 0-7.

During the broadcast, ABC’s Al Michaels brought the game back from a commercial by remarking on the beauty of the city at night.  Gifford felt compelled to add, “If Indianapolis is so beautiful, why are we trying so desperately to leave?”

That one sentence became Gifford’s legacy with Colts fans, and underscores the need to mind your manners when speaking to a national audience.  When millions of people can hear everything you say, insulting a city is less than prudent.

The next year, Gifford was relegated to hosting brief video packages because he could no longer be trusted to avoid saying the wrong thing.  The Indy comment was bad enough.  If Gifford was allowed to continue speaking live for three hours at a time, the result could be an ever worst moment that would define Gifford’s legacy nationally rather than in a town Gifford felt was entirely insignificant.

For New Yorkers and Californians, Indianapolis is Kansas City, Columbus, Louisville, Cincinnati, St. Louis, and Memphis.  Those cities are interchangeable in their mundanity.  For people who live in those cities, they are home.  Insulting a man’s home is a quick way into the dog house.

It’s unfair to judge Gifford’s broadcasting legacy based upon that one comment, but when a very well paid broadcaster makes it clear that he or she feels imposed upon by being forced to visit a city, residents of that city remember.  Gifford being the kind of jerk who would say such a thing was a topic of conversation for the next week as a terrible Colts season unfolded – a season so bad the Colts earned the number one pick in the NFL Draft.

Bill Polian was hired to replace Bill Tobin, and I don’t need to remind anyone who Polian took with that #1 pick, do I?

Gifford died yesterday, and my first thought was the comment he made about Indianapolis.

It’s unfair to judge a man’s 84-year life through one moment of unpleasant and self-indulgent honesty, but that was the first thing I recalled.

Throughout the rest of America, people remember Gifford as the sane piece of the Cosell, Meredith, and Gifford era of Monday Night Football.  While Cosell and Meredith were hilarious and raw, Gifford steered the show back toward reason and football.

But in Indianapolis, Gifford will be remembered for slamming their town.  Hall of Fame player, incredibly successful broadcaster, celebrity who was loved by many in the media and by Giants fans, but here, he was the guy who couldn’t wait to get out of Indianapolis.

That’s the danger of sitting in front of a live microphone for decades.  Eventually, something will pop out of our mouths that reveals us at our worst.