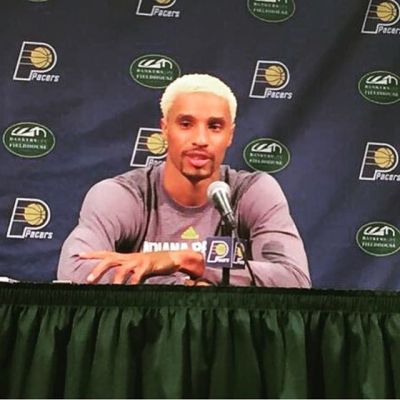 For decades, Kansas City Royals fans awaited excellence with little evidence suggesting it might ever occur.

The Detroit Lions and Cleveland Browns have never played in one of the 49 Super Bowls.

It’s been 107 years since Cubs fans experienced the afterglow of a championship won.

The Royals are up 2-0 against the Mets in the current World Series which is galvanizing the attention of Kansas Citians, New Yorkers, and octogenarians, and the patience shown by Royals fans may pay off before the end of the weekend.

For Cubs, Lions, and Browns fans, the wait till next years are piling up like parking tickets for college students.

The Indiana Pacers are 0-2 after two nights of the 2015-2016 season and it is clear that the evolution to small ball that has followed the departures of big men David West and Roy Hibbert is not going to pay immediate dividends.

Watching the Pacers allow the Memphis Grizzlies to score 39 fourth quarter points on their way to handing the Pacers a 112-103 loss was not a lot of fun, and Pacers fans need to resign themselves to the fact that the Pacers strategic pivot will be more aircraft carrier than jet-ski.

Myles Turner showed flashes of the potential that has led NBA personnel guys to gush about him being a top five talent.  Monta Ellis appears as out of sync as a new guy who spent very little time during the offseason in Indy working out with his new teammates should.

The point isn’t to assess what is clearly a chunky unit with parts that have yet to mesh, but to preach the most loathsome word in sports fandom – patience.

I hate patience.  it reeks of management alibis and an effort to misdirect fans away from pointing derisively at a GM or coach and demanding better right the hell now.

With the Cubs from 2010-2014, ticket prices were outrageous in their disproportionality to the quality of baseball being played at Wrigley Field.  The Cubs had the third highest ticket prices in baseball and a bottom five team.  That’s bad business, and if fans had a hair on their collective ass, Wrigley would have been as empty in June as it was during those five Octobers.

The Pacers are different.  Ticket prices are extremely reasonable, and Paul George is one of the top 10 two-way players in the NBA.  President Larry Bird keeps working to massage his roster and systems to create a competitive advantage.  I have no problem preaching patience with the Pacers because they appear to have a plan that may result in success.

Patience is an idiot’s choice when an organization appears to have no idea how to plot, scheme, and implement in a way has a chance to succeed.  The Pacers appear to have a forward thinking philosophy that will allow players the best chance to win, and fans the best chance to enjoy investing their emotions in that winning team.

So, I’ll take a deep breath, and look for signs of progress.  I encourage you to do the same.

Watch for these forward movements over the remainder of 2015 –

The alternative to those five points of progression coming to pass might be yet another central Indiana team in limbo facing a potential player mutiny.  Nobody wants to see that – because the path to success really isn’t that difficult to chart.

The process of making the sausage isn’t going to be pretty, but by the end of the season, it might taste sweet.