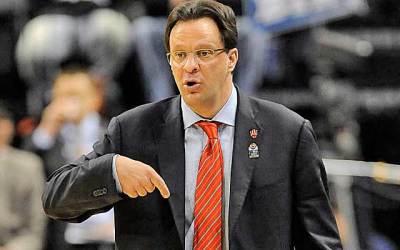 Tom Crean’s stock was up and is now down. He future as IU’s basketball coach will be determined by the behavior of immature and pampered adolescents. Think that’s fun?

I look at the mood swings of Chuck Pagano, the uncertainty surrounding Rick Pitino, and the constant din of criticism for Tom Crean, and I wonder whether being a coach is worth the money or sacrifice.

It’s a tough life, even for a secure coach with a pristine record of winning and compliance.

The anxiety is endless, and the sacrifices massive.  Some moments appear to be fun, and the opportunity to help young men and women thrive in sports and life is unique, but the scales tip farther away from the good every time I talk to a coach or read about allegations against them.

Many say the best day for a coach is the day he is hired, and from there it’s all downhill until the end comes.

Local coaches are either in trouble, or enjoying unprecedented success in their roles.  I know they make a lot of cash, but would you swap spots in your life with any of these guys?

The only tangible reward for the misery associated with coaching is the absolute certainty that a scoreboard provides.  In business, a narrative of winning can be concocted from the rubble of abject defeat, but in sport a 106-99 loss like that suffered last night by the Indiana Pacers in their season opener is a 106-99 loss.  Period.  End of story.

Is the clarity on the scoreboard worth the fickleness of the business?