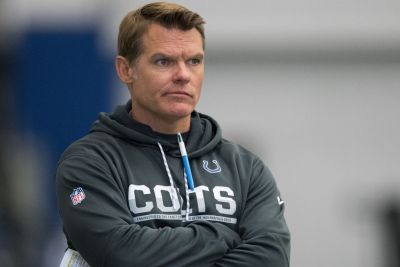 Chris Ballard will spend after the stupid money is gone.

Colts fans need to wise up.  Chris Ballard knows what he is doing.

On the day before free agents can actually sign their deals, Colts fans are losing their minds because Ballard appears to have only wide receiver Devin Funchess on his radar.

Other teams like the Jets and and Packers are spending like opening day is tomorrow.  Their fans are ready to plan a parade, despite knowing opening day is really six months away and that free agents acquired on day one are almost never worth the wealth they siphon from their employers.

Ballard has a system, and that system has worked quite nicely through two offseasons.  Others blow out their budgets, build a financial labyrinth which they cannot escape three years down the road, and the Colts swoop in later to grab nearly equivalent pieces in May, July, or August as others cut those the Colts find useful.

Here is the list of those signed during the first week of free agency under Ballard:

All were responsibly negotiated, and most were productive.

It’s because of Ballard being so prudent that the Colts have enough walking around cash to spend $13-million on a one-year deal for a wide receiver who has been worth that much during only one of his four seasons with the Carolina Panthers.

Carping about Ballard not making a splash in free agency after two offseasons where his pragmatism and patience caused the reservoir of cap room at his disposal is contradictory and stupid.

The Colts have holes on their depth chart at cornerback, receiver, safety, and defensive end.  They have nine picks in the draft to plug several of them, and after they are used Ballard and his staff will have a solid idea of their true needs for the 2019 season.

To my knowledge, Ballard has never lied in his public comments.  He has executed one solid draft and one exceptional draft.  He inherited the worst roster in the NFL, and rebuilt quickly enough to win a playoff game after a 10-6 season.

If you want to get exceptionally picky, you can criticize the signing of Locke, but it was the signing of Rigoberto Sanchez that rendered him expendable.  That seems like a push.

How he landed on Josh McDaniels as the head coach I will never understand, but it was very charitable of Josh to unplug what might have been an enormous mistake.  Good fortune (and Josh’s duplicity) brought Frank Reich here, and he is a perfect fit for what the Colts are trying to get done.

The point is that Ballard has built enough equity through 26 months to avoid criticism from fans for not engaging in the level of idiotic bidding that destroyed his predecessor’s career.

For you kooks, remember your silly tweets when this thing comes together and the Colts are playing in January (or February) again.