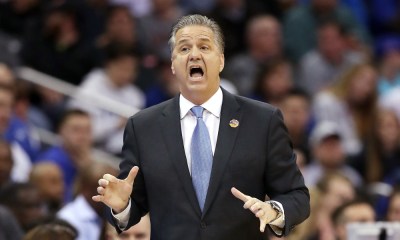 John Calipari has made Kentucky a lot of fun to hate, and for that we should all applaud the lifetime deal he will sign with Kentucky.

John Calipari secured a lifetime contract to coach basketball at Kentucky not long after UCLA offered him a pay cut to jump to the Bruins.

Already making $9.2 million per year to teach college students the game of basketball, Calipari will remain with the school for the rest of his career if both sides live up to the terms of the new deal.

There are four facts not in dispute about the UCLA offer and Kentucky’s desire to keep Calipari:

So Kentuckians will continue to pack Rupp Arena to cheer for the Wildcats.  The rest of us will rage against Cal and UK.  For those convinced players should be paid, Kentucky will be an example of institutions willing to make a coach rich while compensating soon-to-be NBA players with a partial education.

Everyone who loves college hoops should be thrilled Cal will remain in Lexington.  Love him or hate him, that marriage is great for the game.