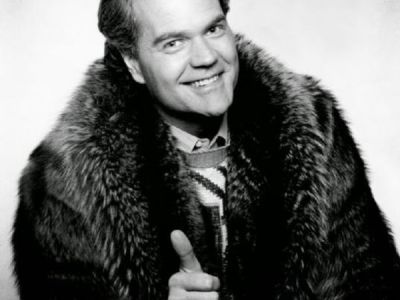 Chet Coppock was killed yesterday at the age of 70.

Chet Coppock was bigger than life, and part of the best talk radio lineup I ever heard as the Sportstalk component on The Loop, AM1000 in Chicago.

Often wearing a full length mink coat, Coppock was a unique presence in Chicago sports media – boastful, loud, and connected, he was the voice of record during the 1980s and into the mid-1990s.

Coppock spent six years in Indianapolis in the 1970s as a sports anchor on WISH-TV8 before bouncing back to his hometown of Chicago for the remainder of his career.

My relationship with Chet began after I wrote some less than kind things about him on this website.  He commented immediately that my characterization was unfair.  In my mind, what I wrote was really more funny than mean, but Chet wanted to set the record straight.

I gave him my phone number, and we had a nice conversation.  From that point forward, Chet would reach out from time to time to comment on something I wrote or said on my radio show.

His public persona was very similar to that of a professional wrestler, which was no accident as Chet learned how to effectively brand himself during friendships with pro wrestling greats Dick the Bruiser, Gorilla Monsoon, and others he got to know well in that business.

Personally, he was very different.

My interactions with him occurred after his heyday, but he was a very decent, interesting, and thoughtful man when we spoke.  His ego appeared to be an affectation, not a core component of his character.

Chet guested on my radio show several times.  I kept him longer than scheduled each time.  He was a great storyteller, and knew almost everyone in sports.

He was relentless about inviting me to dinner in Chicago – telling me he would buy me the best steak in the city.  I never made the drive, but I wish I had.

Here’s one of the interviews I did with Chet three years ago.  This one is about the Pacers telethon he co-hosted to save the franchise.