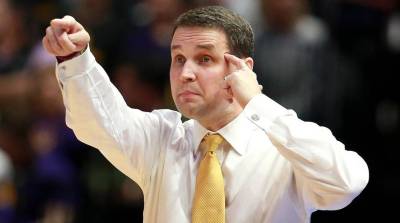 Will Wade might have thought himself clever yesterday as he answered media questions, but it doesn’t take a lawyer to see him for what he is.

LSU head basketball coach Will Wade lawyered up immediately when reports surfaced of a phone call captured by federal wiretap in which he claimed to have made “a strong ass offer” for a recruit.

He was suspended in early March – within a day of the report – and it was rescinded in mid-April after the turbulent waters surrounding the accusation died down and the wiretap was not admitted into evidence during a federal trial.

In answers to the media for the first time since the suspension, Wade claims to have some regrets, “I wish, looking back on things, we could have gotten into a room together a lot quicker than we did.  That was my mistake. I respect LSU’s decision based on that.”

That comment is an insult to any intelligent human being who values honesty.  Wade’s goal from the moment the “strong ass offer” report surfaced was to keep his job.  Now that his mission is accomplished, he wants to decry the very strategy that allowed him to win.

And that is ridiculous.

Does he really expect reasonably intelligent people to let him off the hook that easily?  Maybe LSU fans who value winning over ethics will say, “Well, if he says he regrets bringing in lawyers to save his job, I forgive him for acting like a very smart crook.”

Then there is a nice little dodge that occurred during yesterday’s media availability that reveals more about how cagey Wade is.  When asked about an alleged $300K payment to recruit Naz Reid, Wade said, “”It was absolutely false and did not happen.”  OK.  That’s a very strong rebuke.

When asked if he ever made the “strong ass offer” comment, Wade turned lawyerly, “I’ve not heard the recording so I don’t know.”

You don’t need a law degree to see through that non-denial denial.

Wade isn’t nearly out of the woods yet.  The NCAA may at some point decide to re-engage as a necessary authority figure in college athletics enforcing rules designed to guarantee fairness.  If the NCAA does find sufficient evidence that Wade is the cheat he was alleged to be, LSU can punt him based upon concessions Wade agreed to in order to have the suspension lifted.

LSU negotiated the right to fire Wade for cause if he is found to have committed a Level I or Level II NCAA violation, and he can also be terminated if the NCAA infractions committee issues a formal notice to LSU that Wade was involved in a Level 1 or Level 2 violation.

It’s a good guess that Wade’s work to keep his gig at LSU is not over, and that the lawyers he contracted to help him through his initial issues with LSU will likely be needed again.

If his job is threatened again, we’ll see if his recent regret changes his tactics.  I doubt it.