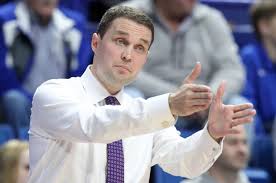 Is Will Wade’s LSU program among those about to be hit with a notice of allegations? I know longer care.

CBS Sports college basketball reporter Dennis Dodd posted yesterday that the NCAA is sending notices of allegations for Level I violations to six college basketball programs this summer.  It is believed evidence against these six programs was driven by the federal trials of shoe reps Merl Code and Jim Gatto, and agent (sort of) Christian Dawkins.

I hate cheating – loathe it.  Lying too.  Deceit of all kinds – especially in the name of gaining wealth or power – is among the traits I find most repellent in human beings.

That said, I don’t believe the NCAA or its members want light to be shed on cheating in college basketball, and I don’t believe meaningful consequences will be meted out for violators as long as the schools don’t do it to themselves.

Because the rule book remains so ambiguous and morally wobbly, coaches who violate rules don’t view themselves as cheats, and their schools turn a blind eye to their nefariousness.

Because of that, if I were the president of a university in receipt of a notice of violations, I would do exactly what North Carolina did when people found out they were funneling athletes through sham classes and conferring meaningless degrees.  UNC-Chapel Hill put lawyers to work like a million monkeys typing on a million typewriters.  They cleverly argued that because the sham classes were open to gen-pop students as well as athletes, this was an academic violation and the NCAA had no authority to penalize academics.

Of course, college basketball would be a better sport if cheaters were ferreted out and banned from coaching, but no one in authority wants that to happen – or it would have already happened.

All schools served a notice of allegations should turn loose an entire law school and its alums to find a reasonable defense that would allow the school to kick the can down the road for a couple of years and exhaust the NCAA’s resources.  There is no disincentive for avoiding prosecution, so if your school was willing to violate NCAA rules, why not lawyer up?

My appetite for giving a damn about schools violating NCAA rules has permanently lapsed.  North Carolina not only outlasted the NCAA – they wore me raw too.

Want to know why cheaters are almost never held accountable by the NCAA?  Ask yourself, “Who gains from the successful prosecution of wayward coaches?”  The answer is not a single damn person, and if no one gains from an activity, it’s likely that activity will never be undertaken.

Who gains from sweeping corruption under the rug?  Everyone in college basketball – the athletes, coaches, administrators, schools, conferences, and the NCAA itself.  Only the appearance and reporting of cheating harms college basketball.

Instead of making noise about cleaning up college basketball, I wish the NCAA either adjust its rules to accommodate what is currently viewed as corruption – or admit its complicity in not holding programs and schools accountable for violations.

Let’s just watch the games and stop wondering whether the coaches are cheaters.

After 30 years of hoping someone would get serious about ending cheating, I’ve finally figured out the problem was never the cheating in college hoops.  It’s always been my intolerance for deceit that caused my pain.