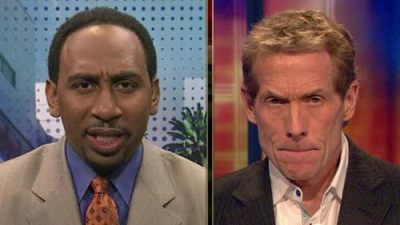 Being the first you, rather than the next Stephen A or Skip Bayless, is the best road to real success – especially at the local media level.

Sports media is a tough business.  Talk to anyone who’s trying to make a career out of talking or writing about sports, and they will tell you.

Few media companies are in growth mode – most are continually shaving payroll and staff.  Having a job is a win.  Keeping it is another win.  Having a job that pays enough money to sustain yourself or a family is a virtual miracle.

Despite the long odds against earning a living wage, thousands of college graduates enter the race to snag a gig analyzing games, players, coaches, and management.  The toughest part for them is a lack of background to critique any of them – at least not in a unique or useful way.

A professional life needs to be lived prior to sitting in judgment of others.  A lack of experience and wisdom is not the biggest hurdle to clear in getting to the promised land.  It’s those who serve as role models who cause the biggest problem.

Many who lack that wisdom try to ape the wisdom of others who are successful, and that doesn’t work either.

People like Skip Bayless, Stephen A. Smith, and Colin Cowherd blather, rip, and opine without taking a breath all day long, and they do it with only audience response in mind.  They want clicks, listens, and ratings.  Nothing else matters to them, so each says whatever he believes will get the greatest tonnage of eyes and ears.

These three, and others like them, instruct the next generation that authenticity is an unnecessary contrivance and that the ends justify the means.  Truth is an indulgence in which they will not abide, and what a shame that is.

Authenticity is everything – not just in media, but in life.  Living life as the best version of yourself should be the goal, not a hinderance to success.

Instead of trying to become their best selves on-air or online, young broadcasters are trying to be the next Cowherd, Stephen A, or Bayless, and that is not going to bring long-term success.  The best path is to be as purely original as possible.

In the late 1980s and early 1990s, every improvisor in Chicago wanted to be the next Bill Murray.  None were.  Even if they had been reasonable facsimiles, the original was still being the actual Bill Murray.

In the 1990s, there were dozens of radio hosts doing reasonable impressions of Rush Limbaugh.  Some got hired by stations who carried Rush as a lead-in.  Few lasted more than 18 months as listeners discovered they were frauds – empty shells behaving as someone they were not.  They could not compete with the real thing, especially when their shows were adjacent to Rush’s.

Being exactly who they are, and speaking or writing the best version of their truth does not guarantee success in media, but trying to be the next whomever virtually guarantees failure.

Here are a few quick ideas of how to get a job, keep it, and make a run at being a success in media:

Working in sports media is tough.  It can be done, but only as a very diligent and responsible version of the true you.