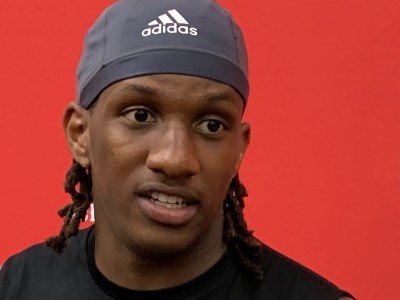 If I had to pick a starting QB for IU, it would be Michael Penix because in thew unknown, there is hope.

There is this feeling in my gut that criticizing Indiana University’s football program is unfair.  Indiana fans have nothing but hope to keep them coming back to Memorial Stadium – well, hope and beer.

It hurts to write a post that doesn’t help IU fans hope.

I went to an IU Football practice yesterday in search of some justification for hope.  I want to believe in IU Football, so I watched practice looking for positives.

Before I go any further, it’s important to understand I have gone to a total of that one single practice, and that practice was held 18 days before the season opener at Lucas Oil Stadium against Ball State.  To go to one practice and believe you have all the answers about a football team is arrogant and stupid.

When I left, my only reasons for hope are that I saw the Hoosiers on the wrong day, my sample size was too small, and I don’t know enough about football to accurate appraise a team in two hours of paying attention to them.

I’m usually pretty good at talking myself into believing in a team.  I am to sports teams as the guy at the end of the bar at closing time is to women finishing their last drinks.  They are all good looking enough to squint and see the good.

I squinted like hell yesterday.  I turned my head sideways.  I spun in a circle to make myself dizzy.  But I couldn’t find a reason to believe IU can find a way to go to win three games against Big 10 teams.

Ramsey won the job for 2018 and started all 12 games.  Clearly, his work wasn’t enough to earn him the job for 2019 or Allen would already have named him the starter.  Penix has fully recovered from a torn ACL and is quite mobile.  Tuttle transferred to IU from Utah.

Ramsey is the known quantity – low risk, low reward.  Penix is the athletic wild card – high risk, high reward.  Tuttle appears to be at least a year away despite a good arm.

The defense looked good, but it should given the uncertainty at quarterback and a great familiarity of IU’s offensive schemes.

Allen encouraged and barked into a megaphone in equal measure.  He was not nearly as frenetic during practice as during games, but still seemed much more comfortable coaching kids than delegating authority to his coordinators and position coaches.

I would love to write that I believe Indiana is going bowling in December, but I can’t.  I’ll still be down there for the six home game Saturdays this fall, but it looks like the beer and laughs will be the big reason – again – for my attendance.  Hope I’m wrong about that.

3 thoughts on “After watching one IU Football practice, I’m not as hopeful as I would like – and I’m an optimist”