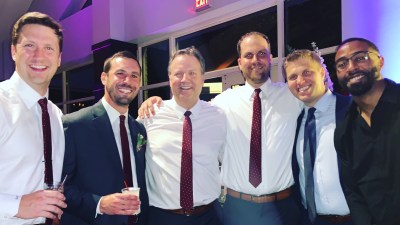 Youth basketball is about friendship – not stats, cash and wins.

Youth basketball is not broken.  It’s alive, well and thriving.

Team USA finished seventh in the World Cup earlier this month, and coaches and fans point to youth basketball as one of the primary reasons for that failure.  Oh sure, the point of kids playing basketball is to win championships.

Tens of thousands of boys and young men play basketball, and the entirety of that fun is devalued by the result of 12 grown men playing in Japan

Representatives from Nike, Adidas and Under Armour spend a lot of time at summer basketball tournaments establishing relationships with highly ranked players and families, and then funnel cash to the families.  Because of that, the NCAA established absurd restrictions for teams and college coaches who might recruit some of the kids.

Thousands play, dozens are paid and and youth basketball is treated like a toxic endeavor that requires a deep scrubbing.

The problem is not in youth basketball, but in the metrics used to evaluate it.

I was a guest as Kyle Miller married Ellie Lowe late Saturday afternoon.  Kyle is my son’s best friend, and that friendship began in youth basketball.  Kyle invited several other former high school and summer teammates and parents.  The former players are all fine young men whose character was partially shaped through youth basketball.

Some of the guys played in college.  Others didn’t.  At this point none of that matters.  Friendship mattered on Saturday, not missed shots, blown defensive assignments, or moving screens.  Nobody dribbled off his foot.  Friendship is measured in love and laughs, not in field goal percentage.

Kyle Miller met my son at an elementary school ice cream social prior to fourth grade.  He’d just moved into our neighborhood, and his dad, Mike, was the basketball coach at Lawrence Central High School.  Mike put together a youth team and invited my son to play.  For the next eight years, Kyle and Ryan were teammates.

Yeah, parents are way too wrapped up in their sons’ immediate results.  They think way too much about scholarships and potential pro careers.  They’re looking for shoe reps who might think enough of their sons to funnel giant sacks of cash to them in exchange for his playing on their brand’s summer team.

Their eyes are on the wrong prize just as the NCAA is focused on all the wrong details as they assert rules and regulations for all based upon the greed of the few.

The real dividend from youth basketball at every level comes 10 or more years later as friends gather to celebrate a wedding like Kyle’s, mourn a loss, start a business together or simply share an afternoon.

It’s about friendship – not winning and losing.

Youth basketball teaches cooperation among peers, respect for authority, demands hard work and builds lasting relationships.  Kids prepare, compete, evaluate, adjust, and compete again.  Sounds a lot like what adults do in their professions, doesn’t it?

Tell me what’s wrong with any of that.

It would be great to see parents relax their greedy impulses, for coaches to teach the game instead of focusing only upon the result, and for 12-year-olds to understand they are unlikely to play in the NBA.  But that would require a rewiring of the basic impulses of flawed people.  Attacking the system won’t fix them, but maybe showing the results of childhoods spent immersed in youth basketball could.

I wish every youth basketball player and parent could have attended Kyle and Ellie’s wedding.  That might have fixed the whole thing.