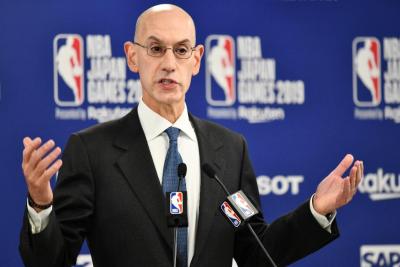 NBA commissioner Adam Silver is very adept at handling tough situations – like the rift between the NBA and China.

NBA stands for “National Basketball Association.”  National as in America.

The NBA is American but has done a brilliant job of building itself into a global brand.  There are 1.4 billion people in China alone.  That’s more than four times as many people living in the United States.  Many millions in China love the NBA, and the NBA owners love the Chinese because their activation as fans has swelled the value of the 30 franchises by billions of dollars.

When Houston Rockets general manager Daryl Morey tweeted his support for Hong Kong pro-democracy protesters, it kicked over the first domino in a set of events that put at risk the financial relationship the NBA has with China.

The NBA responded to Chinese outrage by chastising Morey, and then backed off by celebrating his right to speak out while refusing to agree with his message.

This episode illustrates the difficulty in embracing the globalization of a sports brand while continuing to espouse the virtues of American values, which are at odds with cultural morays of another society – especially one as oppressive as China’s.

And if the NBA cow-tows to China in order to not risk the financial gains the league reaps because of that relationship, will it risk the support of Americans?  While Chinese cash is nice, the league cannot flourish without support at home.

What happened with the NFL when players were seen by some as un-American as they sat of kneeled during the National Anthem tested the loyalty of fans.  Regardless of the intent of the protest, many perceived the act as disrespectful.  Season tickets were cancelled and some offended fans still refuse to watch on TV.

The erosion of popularity hasn’t caused the NFL serious financial pain, but ratings are down and  empty seats dot NFL stadia on Sunday afternoons.  There is a consequence for appearing to be ungrateful for living in the United States of America.

National pride must be a factor in presenting a frivolous product like a sports league or franchise – and make no mistake, as much as we love sports our lives would continue very nicely without them.

NBA commissioner Adam Silver knows all of this, and the Morey tweet was exactly what he didn’t need as the NBA walks the fine line between behaving as a national concern and global brand.

China treats its citizens in a way we would not tolerate, but its heft as an economic resource means we need to look the other way when what many Americans see as repression is reported.

Silver is an incredibly smart guy who has overcome difficult times before – like Donald Sterling’s (no relation) racist rant – and he’ll make it past this speed bump just fine.  The NBA will continue to benefit from its relationship with the Chinese, and Americans will forget all about protesters in Hong Kong.  If not for the Morey tweet and the dust up that followed, most fans would have no idea it existed.

The Lakers and Nets are playing a preseason game in China as I write.  The brief storm that caused a rift between the NBA and China is calming by the minute.

In a week, for good or bad, no one will remember any of this.