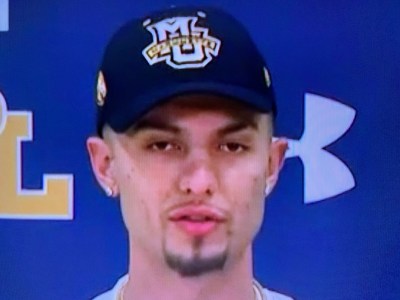 I hope Dawson Garcia gets all he wants at Marquette – except the two times each year he goes up against Butler.

Dawson Garcia is tall and talented, and he’s pledged Marquette as his college choice.

Marquette was chosen by Garcia over Indiana, Memphis, and his native Minnesota.

Indiana fans want to know how this will impact the Hoosiers.  There are several ways:

Indiana is going to be just fine without Garcia, and his choice of Marquette might even benefit them in the end.

That’s life in college hoops – what makes fans feel like crap one day can cause joy the next.