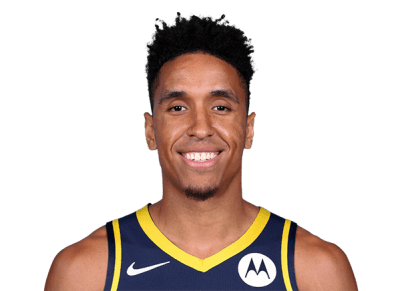 Malcolm Brogdon is one of many good gets Kevin Pritchard acquired to build the most likable Pacers team in a long time.

I love watching the Pacers.

They beat the Lakers last night to win their 19th game of the season, but winning is only part of the work they have done to win my heart.

In the star-driven NBA where brand value often trumps success in the eyes of fans, the Pacers are an anomaly.  They excel without a star.  None of the Pacers are in the NBA’s top 30 in scoring.  Malcolm Brogdon leads the team with an average of 18.9 points per game.  That ranks 34th among all NBA players.  Domas Sabonis is 39th at 18 ppg, and T.J. Warren 46th at 17.6.

The Pacers are a team.  They are greater than the sum of their parts – just as we like it in Indiana.

In a universe where hundreds of millions can be earned by those who excel individually on losing teams, the Pacers choose to thrive as a unit.

Basketball is a remarkable game where the magnificence of an individual can compel hero worship even when it comes at the expense of a team success.  During highlights of the Pacers 105-102 win last night on ESPN, LeBron James was featured seven times.  The Pacers were repped by a Brodgon reverse layup around Dwight Howard and a missed free throw by Sabonis.

Vince Lombardi is inaccurately quoted as saying, “Winning isn’t everything; it’s the only thing.”  In the NBA, not only is winning neither everything nor the only thing – it’s irrelevant.

People want to see the spectacular, and the Pacers never oblige, unless quick ball-movement to create open space for shooters and connected defense are spectacular to you – and good for you if they are.

This group is more fascinated by trying to find the sweet spot of collective excellence than individual wealth.  Don’t get me wrong, these Pacers aren’t forfeiting any money and many are earning more every 20 games than most of us will net in a lifetime, but on the floor they are willing to be benevolent worker bees.

And the best part about attending practices and talking to players after is that they are as cooperative and willing to share with the media as they are on the court.  They like talking about what they are doing and how much they enjoy it.

The Pacers are thoughtful and generous with praise for one another.  As other teams fire coaches, contemplate firing GMs for entrenched mediocrity after many attempts at rebuilding rosters, and whine about stars coming together to build prefabricated mega teams, the Pacers keep rebuilding and winning.

Pacers president Kevin Pritchard has been faced with as much tumult as any NBA executive, and all the Pacers do is win.  Only one player remains from the 2016-2017 team.  When Paul George demanded a trade the following Summer, Pritchard obliged and received Domas Sabonis and Victor Oladipo.  With those two as a nucleus, Pritchard cobbled a roster around them and won six more games than during the final season with George.

After a second straight 48-win season, the Pacers said goodbye to three starters and five of their top 10 scorers.  They also have been without Oladipo for all 28-games this season.  Their record?  19-9.

In Chicago, Bulls VP of basketball operations John Paxson whined recently about how Derrick Rose’s injury set the franchise back.  What!  He missed the 2012-2013 season!

Instead of whining, Pritchard went to work and rebuilt – twice!

Now, Pacers fans are reaping the rewards of a job well done by Pritchard.  The Pacers are playing at a level equal to or better than every team in the East that doesn’t have the Greek Freak on their roster.

The Pacers are rolling with a likable group of team first players trying to figure out how quickly they can hit their potential.

And that is worth watching.