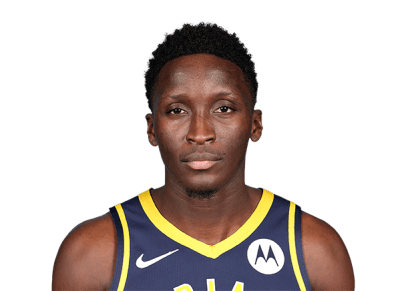 Pacers guard Victor Oladip[o will return to the court tomorrow night, so he spoke to the media today.  Among the questions about expectations, physical condition, and what he learned during his time rehabbing his surgically repaired quad tendon, he was asked about Kobe Bryant’s death.

His solemn and thoughtful response is worth sharing in its entirety:

I was in the gym when I found out.   I got a call saying he had passed away, but the only place that had it was TMZ Instagram, so at first I thought it was lying. I thought it was joke, and then literally like 15 minutes later it was everywhere.  And then slowly but surely we found out who was on the helicopter with him – Gigi, obviously, and the rest of the people.  It was just sad, honestly.

When I was in Orlando, it wasn’t easy for me.  I heard it all from being a bust, to not being good enough, to being benched, to coming off the bench, to everything.  My mentor used to tell me about Kobe the entire  time.  It was Kobe, Kobe, Kobe, Kobe, Kobe.  I used to watch Kobe videos.  Sometimes if you look back at my old interviews, you’ll see stuff that Kobe says.  That’s where I get it from.  “Even keel.”  “Not getting too high not getting too low.” That’s Kobe.  “I don’t fathom failure”  “Failure isn’t real.”  That’s Kobe.

It was a tough day for me – it was a tough day for the world in general.  I wrote on my Instagram that the true definition of his greatness is that he impacted people that didn’t even know him. That’s greatness to me.  When you can impact someone’s life in a positive way, and they don’t even know you?  You’ve never met them before, but you still feel like that was your brother; that was your father that passed away?

Words can’t really describe.  He’s in a class of his own.

I just pray for his family, and pray for his wife – his daughters that are still here.  Pray for the families of the victims that were lost as well.  It’s like a nightmare.  It hasn’t really even sunk in yet because I don’t want to believe it.

Everyone who knows me knows that God is everything to me.  I wouldn’t be without where I am without my Lord and Savior Jesus Christ.  I never question Him, but they are times when it’s like “Dang, I just don’t understand it.”  But you just have to trust it, and it’s the toughest thing to do because we trust it when things are going good.  We all trust it when things are going good, but it’s in the tough times when we kind of get shaky.  We’re only human, and He understands that. But it’s just a tough pill to swallow, man.

We all just have to have the Mamba Mentality.  Whatever it is that we do – just have that mentality because that’s a real thing.  Attack everyday like that guy attacked it.  If you’re not successful – if you don’t accomplish what you want to accomplish, at least you know you put everything you have into it.

His legacy will live on forever.  He doesn’t have to be here for people to understand that.