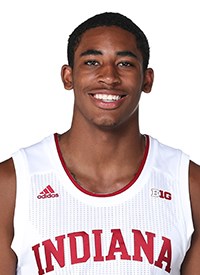 Armaan Franklin seems like a good candidate to be a leader, so he should ask himself to do just that.

Tonight, the Hoosiers will play for their NCAA Tournament dreams against Iowa.  With a win, they are still in the conversation.  A loss would drop IU into the nether regions of the Big 10 standings and likely land them outside the bubble for the fourth straight year.

Someone on Indiana’s roster needs to stand up, grab this team by its collective jersey, and compel 40 minutes of effort and execution against one of the top 20 teams in the country.  The consequences for another exhibition of sloppy and passionless basketball are dire.

Some people crave conflict; they are fueled by it.  Others wither from the potential of a fight – verbal or physical.  The culture of Indiana Basketball for the last several years has been go along to get along.  At least that’s the appearance based upon on-court behavior.  It’s also the message received by fans who listen to Archie Miller’s radio show.

Miller has responded to a fourth straight season (three under his watch) of disconnected play by threatening a change in the rotation.  He has spoken of banishment for those who don’t prioritize winning above all else.  But a coach can only do so much.

Players need to police the locker room, and that requires someone to declare loudly that mediocrity and indifference are not an option.  The words need to be backed up by an eagerness to hold violators accountable.

That can mean a lot of things, and many of them are unpleasant.  If it was easy being a leader, everyone would do it.

Despite the notion being advanced in Bloomington that all players are leaders, sensible people understand that if everyone leads, no one leads.  It’s like the quarterback position in the NFL.  If a team has two starters, it actually has none.

We are what we tolerate, and at Indiana Basketball, an unhealthy tolerance of selfishness and disconnected play has developed.  Being well-liked in the Indiana locker room appears to be more valued than competing at the highest level.  That has to change.

During yesterday’s media availability, Armaan Franklin said, “It’s hard being a freshman and speaking up.”  And he’s right.  But in the absence of seniors and juniors willing to step up and lead, it is necessary.  Everyone in that locker room needs to look in the mirror today and ask, “If not me, who?”

Whether it’s Franklin, Rob Phinisee, Trayce Jackson-Davis, or Cooper Bybee is unimportant.  What is important is that anything but 100% effort and execution is unacceptable.

Change is uncomfortable.  It’s been said by very smart people, “The pain of change must be outweighed by the pain of staying the same for change to occur.”  If losing is not loathed at a level greater than being disliked, Indiana is going to be stuck in this rabbit hole forever.

Someone needs to say ‘enough is enough – this crap ends right now.’  When the inevitable splash back comes from comfortable losers, the leader needs to stand firm and back up his words.

When that happens, toughness will become apparent, those without the stomach for it will leave, and a new culture of Indiana Basketball will be born.  Until then, Indiana will circle the drain.

Franklin is right, “It’s hard being a freshman and speaking up.”  So is everything worthwhile.  The easy road has led to three straight years sitting out meaningful March games.  The hard road leads somewhere different.

Maybe it’s time for the freshman to embrace what is hard.

One thought on “Indiana faces must-win tonight – does anyone have the fire to demand more of teammates?”