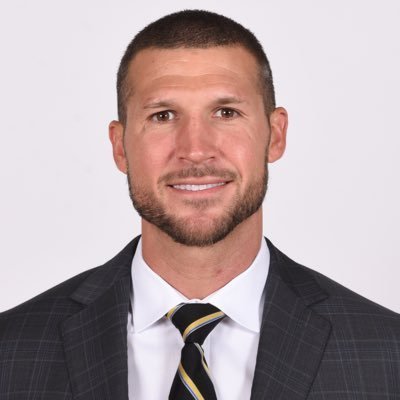 Paul Corsaro is the latest in the Class of 2007 to employ lessons learned in youth basketball to achieve success as an adult.

The Class of 2007 was a special incubator of talent – on the basketball court and off.

Watching my son Ryan compete with and against the best of that class from the time he was nine was a gift and privilege.  It seemed like every kid had special talent, and not only was every game a war, every workout and practice was intense because beating their rivals was so important.

These were nine-year-olds battling like hell to be the best.  NINE-YEAR-OLDS!

As the competition increased from year to year and the endless grind of the workouts was embraced by most of these kids, I believed I was watching something unique.  Then I thought I was enamored of these kids and teams because I was so immersed in the experience of watching them.

Fifty of these young Hoosiers played Division One basketball, and I thought that was a great testament and reward for their work.  What I didn’t realize was that the real rewards would continue to stack atop one another as they became adults.

The NBA credentials for this class are beyond dispute.  Eric Gordon, Jeff Teague, E’Twaun Moore, Robbie Hummel, and JaJuan Johnson have earned a total of $361 million over the course of their careers, not including the cash many have made in Europe.

When Paul Corsaro was named head coach of the University of Indianapolis basketball program, I thought felt three things – one, happiness for Paul, a good kid who was always played with great toughness and smarts; two, shock that an AD was smart enough to see how special he will be as a coach; three; another member of this class is showing the success driven by the hard work capabilities he learned by competing against other gritty and talented kids in his class.

Coaches coming out of that class are almost as impressive as the players.  Zach Hahn has enjoyed great success as Center Groves head coach.  His summer teammate John Ashworth has proven himself an outstanding leader at Decatur Central.  Another member of that team, Ben Botts is an assistant to James Whitford at Ball State.  Terron Bibbs, yet another teammate, is the head women’s coach at the University of West London.  Others are building outstanding careers as lawyers, health care IT managers, financial advisors, and CFOs.

When people carp about the perils of youth basketball, I look at these young men whose work ethic was forged through competition on the court.  I wonder just what the hell those people are talking about.  Maybe times have changed in the last 15 years.  Maybe that class was exceptional.  All I know is that these guys pushed each other so hard, they still benefit from it.

The basketball experiences of the kids in this class are in part responsible for a remarkable record of consistent excellence in a variety of fields.  These guys answered challenges with hard work when they were children, and they continue to as adults.

Habits forged through testing each other weekend after weekend instilled the habits that have driven great success elsewhere.  That’s the payoff for playing youth sports.  It’s not about the NBA, MLB, or NFL.  It’s about acquiring the attitudinal toolbox necessary to succeed as adults.

The reward for hard work is more hard work, and these members of the class of 2007 learned all about hard work through their desire to develop as basketball players just a little bit more quickly than their peers.  Work hard – get better – beat rivals – repeat.

And now, as coaches, lawyers, executives, and broadcasters, they continue to push themselves to excel.  Some are still playing basketball for a lot of cash because they understand how to work hard and smart.  Others are winning in another field for the same reason.

That’s the greatness of youth basketball, and the reward structure for those who play it.  Only the very special are going to make millions as players, but all can thrive in a variety of exploits because of its lessons.

That includes Corsaro, who is going to instill work ethic in another generation of kids, as he leads the Greyhounds program.