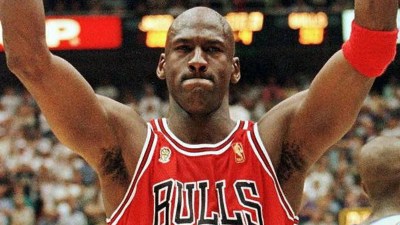 Winning once is never enough for a real champion. Michael Jordan covets the seventh title that went unwon rather than celebrating the six he did win.

Is it worth going into the emptiness of emotional darkness and denying yourself the affection of peers in the pursuit of championships?

That’s the question that lingers from watching ESPN’s The Last Dance.  Michael Jordan was at home in that lonely darkness.  He understood it was necessary to work with singular focus and demand the same level of work and sacrifice from others.

“That’s who I am.  That’s how I play the game.  If you don’t want to play that way, don’t play that way,” Jordan said as he nearly broke down before calling for a break.  Jordan’s emotions speak to his craving of championships and the sacrifices involved in their quest.

It’s easy for those on the outside to question the desire of current professional athletes as they choose to avoid the renunciation of empathy necessary to win.  For some, making millions – as most do in the NBA – is enough.  Providing for family and living the dream as a pro athlete is plenty for most reasonable people.  Some work tirelessly themselves.  Precious few demand others join them in a march to collective greatness.  Two threepeats in the same decade doesn’t happen very often because it’s a rare group that embraces a challenge of that magnitude.

That’s why The Last Dance was made.  Jordan’s sacrifice and strength of will is rare.  Maybe Bill Russell was also a similarly demanding leader, but the list of great leaders with six or more rings is short.

If you have spent a moment in that airless vacuum of competitive zeal, you know how difficult it is to maintain.  Most never go there because it requires a suspension of decency and politeness.  Through the last five Sundays, we got a rare glimpse inside what it feels like to stay inside it from the moment you awaken until the moment you fail asleep for a decade.

With Jordan, it’s even more remarkable because he was such a physical freak and charismatic figure that he could have made hundreds of millions in endorsements while smiling his way through his career as a popular and fun-loving teammate without six titles.

Everyone would rather win than lose, but Jordan was willing to go farther to get there than anyone during his era, and those six championship trophies testify to his singular willingness to sacrifice.

If winning championships was easy, everyone would do it.  The point of differentiation in the 1990s was the question Jordan was willing to answer in the affirmative: is winning is worth everything necessary to reach that competitive summit?

The Last Dance was a fascinating look into the mind of a gifted and flawed maniac was demanded maximum effort and sacrifice from himself and everyone around him.  Jordan was a jerk in the moment but glorious in the longterm as a teammate while his Bulls built a legacy of dominance that continues to resonate today.

Was it worth the pain, sacrifice, and ridicule?  Depends upon who and what you are.  For Jordan, the answer is an obvious yes because we see in the final episode of The Last Dance that Jordan spends more time and energy coveting the unwon seventh title than celebrating the six he did.  For his teammates, most continue to be remembered and earn a handsome living at least in part because of Jordan’s influence.