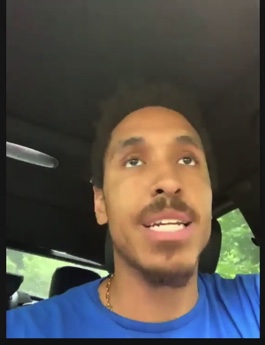 Malcolm Brogdon gets it.

The NBA will return to the court on July 31st in Orlando for 22 of the league’s 30 teams.  They will play eight regular season games each and then the playoffs will begin for the traditional 16 teams.

Unlike Major League Baseball, whose greedy owners and players seem at loggerheads as to when or whether their game will return, the NBA has appeared to be a well-oiled and harmonious machine.

The truth is that the harmony is as much wise financial strategy as desire to get back on the court to thrill fans starving for sports.

Indiana Pacers point guard Malcolm Brogdon, explained his perspective on Black Lives Matter protests, and the ability to earn and share enormous wealth during a Zoom meeting with media on Friday afternoon, “The guys across the NBA have very, very mixed feelings, and it’s very polarized.  Some guys are like, ‘I’m not playing. I don’t want to play.  This is not the right time – they are trying to distract us from what’s going on and the real issues.  I’m not going to prioritize basketball over people’s health in general.'”

Brogdon continued, “Then there’s the other other group that’s like, ‘Being a black man, we have way less opportunities to make this type of money in our lifetime, and the things we can do with this money to impact the world and impact our families – generational wealth – to impact the community is far greater than sitting out, not getting paid, and not actually have the means to help people.'”

There is a good reason Brogdon’s nickname is The President.  He understands both sides of this issue, but knows they are not mutually exclusive.  The decision is not whether to not play and protest or to play and cash checks.  Players will be able to play, protest, earn, and redistribute toward foundations dedicated to initiatives that can lift blacks around the world.

This is one of those moments when the answers to all questions can be a resounding “Yes!”

“Right now I definitely lean towards having the money because, you know, with my philanthropic outreach and the stuff I want to do and the stuff I’m doing right now, you have to have finances to do that; you have to have a platform to do that,” Brogdon explained.  “Right now with basketball, we have the ability to make statements, to use our leverage, to bring about whatever change we want while also playing basketball, so that’s definitely where I’m leaning.”

That is a guy who gets it.  Brogdon advocates doing all the right things rather than making an unecessary choice.  Conversely, baseball owners and players wrap themselves in inglorious greed as they choose their own agenda rather than embrace the popularity of their game.  Instead of trying to increase the size of the baseball pie, the dopes are going to go on a pie-free diet to spite the other side.

When the Pacers traded for Brogdon, they knew what they were getting – a versatile defender who can function well offensively in the point guard position, and so much more.  While other teams search for effective leadership, the Pacers have a player whose life after basketball is likely to be far more important to society than his life on the court.

It’s to Brogdon credit that he said something Friday that would have made headlines if not for his excellent explanation.  “Players divided about whether to return!” might have gotten ESPN through a couple of news cycles.  Instead, we learned that Brogdon is an adept listener, speaker, and media strategist

The Pacers got themselves a hell of a bargain in their sign-and-trade to acquire Brogdon from the Milwaukee Bucks.  He’s a solid player and better role model and man.