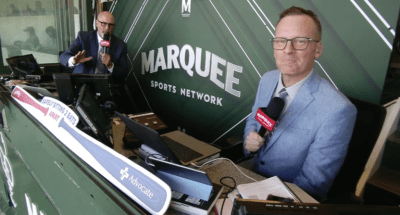 If your Cubs viewing experience on Marquee is enhanced by Len and Jim wearing suits and ties, I cannot help you.

Even matching golf shirts are annoying to me as a uniform for broadcasters calling live sporting events, so what might you guess my response is to seeing Chicago Cubs announcers Len Kasper and Jim Deshaies wearing suits and ties every game?

Suits and ties are for attorneys and accountants, not a couple of guys paid to talk about a game played by knuckleheads in spikes, stirrups, and caps.  Len and Jim are on camera for roughly two minutes per game, but are forced to wear suits for the entire broadcast as though it helps them do their jobs at a higher level.

Harry Caray, the guy responsible for the Cubs explosion in popularity in the 1980s and 1990s,  would wear Hawaiian shirts on occasion.  Hell, Harry did White Sox games from the outfield without any shirt at all!  Bean counters in the Cubs front office have to acknowledge that nothing continues to help the teams bottom line like the charismatic kook who passed away 22 years ago. 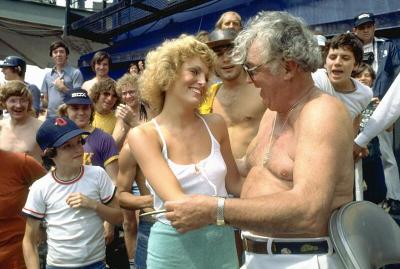 I would not be a fan of Kasper and Deshaies being topless in the booth – as counting Kasper’s ribs is likely is less pleasant than it sounds – but suits other than for special occasions serves no purpose.

Cubs fans expect an exceptionally bland and pro-Cubs broadcast now that the team owns and operates the network carrying the games, but extending this to a dress code in the press box is idiocy beyond sane boundaries.

This is not an indictment of classing up all broadcasts with fancy duds.  At NBA events, where broadcasters are within the seating bowl in full view of the fans, suits lend an air of public respectability.  But in baseball and football, where press box attendees and the ticketed public never cross paths, it’s a useless and heavy-handed effort by twits who love wearing suits to impose their discomfort upon those who would prefer modest efficiency to expensive formality.

Clothes should serve workers, not restrict them.  Len and Bob sound no different wearing suits, so what is the point?  Other than executives being heavy-handed twits, there is none.