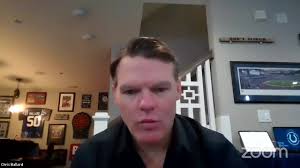 In the three-plus years since Chris Ballard took over as general manager of the Indianapolis Colts, the message has evolved from, “There is a ton of work to do,” to we’re “excited about our roster and ready to get started.”

So now it’s put up or shut up time for Ballard and the Colts.  They open the season Sunday in Jacksonville as an eight-point favorite to win their first season opener since 2013 and first game in Jacksonville since 2014.  For the first time since Ballard took over, expectations are that this team is ready to win the AFC South – a division that has done more harm to itself than good this offseason.

Last year, Colts fans and media were bullish until the bizarre retirement of franchise quarterback Andrew Luck.  He was only 29, just off a trip to the playoffs, and appeared to be healthy when his season ended in the Pro Bowl.  The Colts started fast under game manager Jacoby Brissett, putting together a 5-2 record.  Then the roof caved in with seven losses in the final nine games.

After what looks to have been a solid draft and splashy free agent signings, fans assume the Colts will return to their winning way.  So does Ballard, who knows that the time has come to match his rhetoric with results.

National analysts as well as the numbers crunchers are not so enamored of the Colts.  They see a 7-9 team that added an aging Philip Rivers, a 38-year-old quarterback coming off a 5-11 season with 20 interceptions.  They see a team whose best players are a left guard and outside linebacker.  They see a team that did not have a first round draft pick.

Local fans see DeForest Buckner, the three-technique defensive tackle acquired in exchange for a first round pick.  They view the loss of Adam Vinatieri as a net positive despite his replacement being a rookie who has never attempted an NFL field goal (which is 599 fewer than Vinatieri made).

Now I’m not trying to crap all over the 2020 Colts and the way Ballard has assembled his roster. I’m a huge fan.  Ballard has employed the same methodology I would if an NFL owner ever had an epiphany that somehow I should run his team.  Ballard has built from the inside out and with team-first athletes who are driven to win rather than build a brand.  I love the locker room.

But I also believe that past is prologue.  Winning brings winning.  Losing brings losing.  Mediocrity brings mediocrity.  The Colts, despite my admiration for Ballard’s candor and methods, were a mediocre team with a mediocre quarterback in 2019.  They plugged in a QB that has led his team to the playoffs once in the last six seasons while finishing in the NFL’s top 10 in interceptions five times during that span.

Maybe the Colts will come together to take advantage of what many believe is the easiest schedule in the NFL.  Maybe Rodrigo Blankenship will hammer field goals and extra points at a rate that will make us forget pre-2019 Vinatieri.

The truth is that we don’t know what this season will bring.  In Indianapolis, we feel good about assuming the best while the national analysts project what the Colts have been will not be changed by the addition of a 5-11 quarterback who threw 20 picks, no first round draft picks, and a disruptive defensive tackle.

One more truth – game one is going to reveal a lot about what fans will see in the 15 games that follow.  The Jaguars will not be good this year.  In fact, they may be the worst team in the league.  If the Colts cannot leave Jacksonville Sunday with a win, it will be time for fans to adjust expectations toward those of the national pundits.  With a win, Colts fans and Chris Ballard, will feel a hint of vindication.