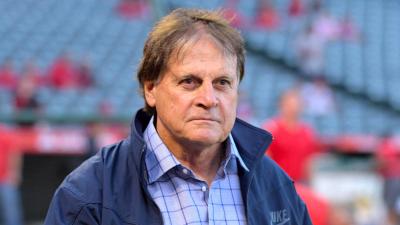 People can forgive a DUI, but being an arrogant jerk to a cop? That’s a little harder to rinse off.

Driving drunk is stupid and irresponsible, but big-timing a police officer is loathsome for a guy like Chicago White Sox manager Tony La Russa.  The police keep society safe, while baseball managers tell cap-wearing grown men when to bunt.  That is a difference that La Russa clearly did not grasp as he was being arrested for DUI in Arizona nine months ago.

I read a story about actor Gregory Peck waiting 45 minutes for a table at a New York restaurant.  His companion asked why he didn’t tell the maître d’ who he is.  The Oscar winning actor responded, “If you have to tell them who you are, you aren’t.”  That story illustrates the class possessed by those like Peck – and lacked by those like La Russa.

What is it with drunk celebrities in the back of a police car that turns them into idiots who feel the need to tell cops why they need special treatment?  The obvious argument is that if they weren’t idiots, they wouldn’t have exhibited the behavior that landed them in custody in the first place.  That immutable truth is beside the point.

To this point, the White Sox have not responded to La Russa being charged.  Undoubtedly, they are trying to figure out whether the story will die a natural death before public furor demands action.  A DUI is often judged by the result.  If no one is hurt, employers tend to be willing to forgive the first offense.  This one is different because of La Russa’s arrogance – and because his first DUI was in 2007.

It’s easy for most baseball fans to empathize with a guy who gets behind the wheel of a car after drinking.  Most have made that potentially catastrophic error once or twice themselves.  But forgiving and forgetting a jerk who believes laws do not apply to him is more difficult.  La Russa revealed himself as that jerk during his arrest.

Whether La Russa needs help in putting alcohol behind him at the age of 76 is a personal decision, but given his comments to the Phoenix cop it is clear he needs to take a hard and long look in the mirror to accurately view his position in society.  Being the world’s best at knowing when to go to your bullpen does not make a man impervious to the enforcement of laws.

Maybe the White Sox help La Russa learn embrace that lesson, or their forgiveness will engrain it.

Toward the end of La Russa’s plea to the policeman who arrested him, he said, “You’re trying to embarrass me.”  Nope.  La Russa didn’t need a bullpen to get that done.