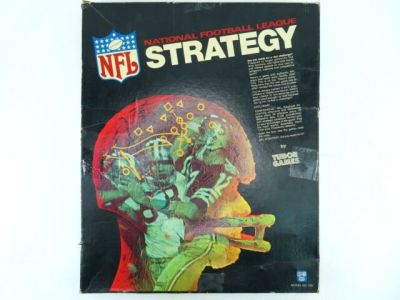 For fans who love to blitz, this was a pretty good game back in the day. As for real football, it seems Matt Eberflus is right a lot for a guy we get hoarse yelling at.

The Colts defense is ranked comfortably among the NFL’s top five.  Colts owner Jim Irsay called Eberflus’s crew “the best Colts defense since 1995.”  They are the primary reason for the AFC South leading 7-3 record.

But fans are furious Eberflus doesn’t call more blitzes.  I would feel a lot smarter if I wasn’t one of them.

As games unfold, we see Eberflus become more aggressive, or at least that’s our perception.  The adjustments create chaotic imbalance and make productive offenses uncomfortable.  We see it, we like it, and we want more of it.  “BLITZ!” we yell.

That happened yesterday against the Green Bay Packers scoreless through all but the last three-seconds of the second half.  The first half was a hard-to-watch points-fest for Aaron Rodgers and the Pack, but the second half belonged to Darius Leonard, Julian Blackmon, Bobby Okereke, DeForest Buckner, and Eberflus.

I used to play a game called NFL Strategy where transparent plastic defensive play cards were laid over the top of offensive plays.  A little ball that bounced between springs (this was in the 1970s) determined the outcome of the play.  If memory serves, there were 16 different defensive cards.  Just two were blitz packages.  I chose either “Maximum Blitz” or “Sam Will Blitz” every play, and so did everyone I played against.

Fans love blitzes.  Crazy things happen when defenses blitz – sometimes good, other times terrible – but always fun to watch.  We love seeing our eight guy being blocked by their five.  If my math is correct, that leaves three Colts unblocked.  It also leaves two of their receivers uncovered, but let’s not allow details like that spoil our fun.

Eberflus has helped build a defense that ranks in the NFL’s top five in virtually every meaningful metric while blitzing on only 19.9% of defensive snaps going into yesterday’s game, according to FiveThirtyEight.com.  Yet we chastise Eberflus for being some kind of idiot because he is reluctant to turn loose his dogs more often.  The Colts are 7-3 primarily because his defense can get pressure with the four defensive linemen.

I sit in the press box and quietly mutter about the conservative calls and the resulting failures early in games, and you know what – I’m right!  Sure enough, the Colts have allowed opponents to score an average of 13 first half points, while the second half number is cut almost in half to 7.8.  But instead of lauding Eberflus for making great adjustments, we put him on blast for initial game plans which set up the successes in the second half.

Did I mention the Colts are 7-3 and have a top five defense in every way?

At what point do we thank Eberflus and go on our way?  Is winning not good enough?  Do we believe that leading a defense that would be dominant in the first half and leaky in the second is superior to this?

The Colts starting secondary features a rookie safety who was selected in the third round and was injured for training camp, a second-year fourth rounder at the other safety, a second-year second rounder at corner, another corner that the Vikings allowed to walk away, and Kenny Moore – an undrafted free agent who was signed in 2017 after the Patriots waived him.  That secondary has won games against Aaron Rodgers, Ryan Tannehill, Matthew Stafford, and Kirk Cousins.

Does Eberflus get credit for that?  Oh no, because we are too busy screaming “BLITZ, you moron!”

None of his linebackers were first round picks (Leonard – 2nd, Okereke – 3rd, Walker – 5th).  The defensive line is filled with middle round guys, undrafted free agents, and DeForest Buckner – a legit thoroughbred who was drafted seventh overall by the 49ers in 2016.

Do we salute Eberflus’s ability to coach these guys up, hold them accountable for taking plays off and missing tackles, and then putting them in a position to succeed week after week?  Nope!  “BLITZ, you #@*&%$@ idiot!”

I’m not saying that Eberflus is some kind of misunderstood genius, but the numbers – all the numbers – say that when we yell “BLITZ!” at Lucas Oil Stadium, on 107.5 The Fan, or on Twitter, it’s just possible that Eberflus knows more about what he’s doing than we do.

You do what you want, but even though I acknowledge Eberflus’s football acumen trumps mine, I’ll keep yelling “BLITZ!” because it’s a lot more fun than “Cover two!” or “Base!”