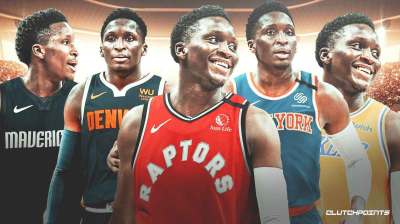 If a professional athlete outgrows Indianapolis, the issue is not with this city but with the athlete.

During his just ended time in Indy, Victor Oladipo came to believe that he would be unable to reach his potential from a branding/business perspective while stuck in this relatively small NBA market.   His evolution as a brand was stunted by tiny Indy and the flyover fans in it.

What hurt Oladipo – and Paul George before him – is Indianapolis’s lack of fascination with celebrity.  People here treat celebrities like ordinary folks.  There are no fawning crowds in restaurants clamoring for autographs or people impressed by millions of IG followers.  People in Indy are trying to live life as best they can while respecting the space of others.

I knew there was a problem with Oladipo two years ago when he (or one of his minions) called ahead for a private room at the northside Harry & Izzy’s one night while I was there.  Maybe in LA or New York, a private room or VIP area serves a purpose to keep groupies away, but not in Indianapolis.

I’ve seen people leave both Manning and Miller alone in restaurants.  I’ve seen Larry Bird ignored.  I saw NCAA president Mark Emmert at the same Harry & Izzy’s on that same night.  Unlike Manning and Miller, Emmert is disliked vehemently by some for the way he runs college sports, and people might want to give him a piece of their mind (no one did – although I was tempted).  Somehow, Oladipo needs a private room?

People say, “But Victor is a singer and can’t achieve his goals as a worldwide iconic entertainer in Indianapolis.”  Is that right?  Being in Indy, Orlando, Oklahoma City, and Bloomington has been the problem with Oladipo’s record sales.  The truth is Oladipo doesn’t move music because while a gifted singer among the small universe of NBA players, he is quite ordinary compared to people who do it for a living.

As you list problems that corrupt your ability to be fruitful and happy, where you live should be nowhere near it.  The list should be filled with who you live with, why you make the choice you do, and how you behave.  Those problems follow us wherever we go.  Most people search for solutions without looking in the mirror until turning 30, and begin living as an adult.  At that point, we realize that problems tend to follow us from town to town.  Moving to LA, Chicago, and New York are not solutions.

The truth about Indianapolis is that this is the best major league city in America for athletes.  State income tax is low, real estate prices make buying a great home painless, fans are respectful of your space, teams are almost always competitive (at least), and the complications of a huge city are nowhere to be found.

That Oladipo could not find a way to enjoy Indianapolis and profit from the willing fervor Pacers fans felt for him is all on him.  He will find it is the same wherever he ends up after finishing this season in Houston – if he winds up anywhere.  He’s 28 and on his fifth team, so continuing to bounce around North America until he’s 36 is a possibility.

Hoosiers bear some responsibility for Oladipo’s wanderlust – and Paul George’s before him – in recognizing when a guy is full of it – when he begins to believe his own hype and drink his self-stirred Kool-Aid.  Indianapolis doesn’t like liars, posers, or social climbers.  Act like a human being, Indy is right there with and for you.  Demand star treatment, and the wall goes up quickly and permanently.

One day, Oladipo might develop enough self-awareness to understand that his happiness – or lack thereof – is entirely based upon who he is … not where he is.

One thought on “Victor Oladipo’s search for happiness will continue in Houston, and Indianapolis is just fine with that!”