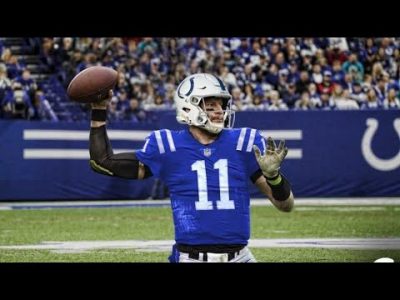 The Colts trade to acquire Carson Wentz has a high ceiling and low risk. Another sweet deal by Chris Ballard.

If Colts general manager Chris Ballard had tried to wrangle Wentz from the Philadelphia Eagles after the 2019 season, GM Howie Roseman would have laughed and hung up.  There wouldn’t have been a batch of first round picks tall enough to compel the Eagles to turn loose their franchise QB.

A year later, the Colts ponied up a 2021 third rounder and a conditional second round pick to take Wentz and his contract.  The Eagles will continue to remember the massive Wentz deal less than kindly because of the $33.8-million in dead cap space that stays with the Eagles, while the Colts pay him roughly $25M per year over the next four (if everything goes as hoped).

This might just be a perfect marriage between a quarterback in need of a fresh start and a team in dire need of an upgrade at quarterback.  Last year, Wentz was unprotected by a dilapidated offensive line with a gaggle of flawed weapons at wide receiver and an injured running back.  The Colts offer a coach who has already extracted the best out of him, a neighborly fanbase, a well-constructed organization, a stout and healthy offensive line (as long as Ballard finds a left tackle), and a defense ready to win.

The Colts provided a similar circumstance to beleaguered, stationary, and aged Philip Rivers a year ago, and Rivers turned back the clock.  He cut his interception rate from 20 to 11 and increased his wins from five to 11 while enjoying his final season of professional football.

Wentz is 10 years younger than Rivers, and may bring a decade of quality play to the Colts.  The trade allows the Colts the assets needed to patch the remaining holes (receiver, cornerback, edge rusher, and LT) via the draft and free agency.

The $25M Wentz will be paid is roughly $21M shy of the Colts’ expense at the quarterback position last year.  And giving up a third round pick leaves the Colts with their first and second rounders intact for the upcoming draft.

There is always the possibility that Wentz can’t be fixed emotionally or physically for the longterm.  The Colts would then find themselves in the same spot in a year or two.  Given the cost, this was a deal with a high ceiling and very manageable cost that would have no bearing upon their ability to get the QB of their dreams next offseason.

Given their options – trading up to acquire the draft rights to a diamond in the rough like Trey Lance or signing a free agent like Andy Dalton, this was a shrewd deal that might just set up the Colts to reach owner Jim Irsay’s goal of multiple championships.

Sure that’s an optimistic view, but the offseason is exactly the right time for such pie-eyed optimism!