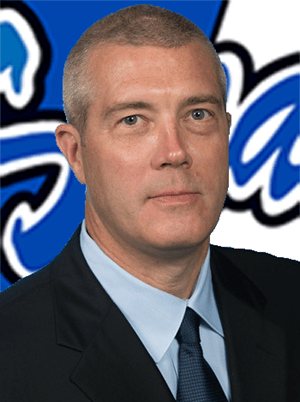 What the hell is going on at Indiana State University’s athletic department?

Basketball coach Greg Lansing is rumored to be on the verge on being fired.  When I saw that yesterday, I thought I had lapsed into a bad dream.  No such luck.

Indiana State is exceptionally fortunate to have a coach like Lansing, whose Sycamores are 11-7 in the Missouri Valley Conference.  Not only does he win at a school where few want to play in a very competitive conference, he’s also a good guy who appears to be very happy living and working in Terre Haute.

They should extend his contract – not end it!

Nothing against the Haute, but it’s not exactly the garden spot of Indiana – a state without an abundance of garden spots.  Hey, I happily live in Indiana.  I’m proud to call it home.  But let’s be honest – Gary, Fort Wayne, Terre Haute, and New Albany (the town where I went to high school, so I know what I’m talking about) are not filled with artists trying to capture their beauty on canvas.

And let’s only mention briefly the smell from the Purina plant.  Yes, cat food factories smell very similar to the product they produce.  When the wind blows in the wrong direction, the foul aroma is inescapable.  Try recruiting to a campus that feral cats flock to like college students to Panama City.

Indiana State needs to be very careful about what it does next, because creating unnecessary change can lead to negative consequences – as it almost certainly would if Lansing is dispatched.

This is Lansing’s 11th year at Indiana State.  He has a 180-163 record overall and is six games over .500 in the Valley.  He’s the first coach since Bill Hodges (helped by a superlative 33-1 record in the 78-79 season almost entirely attributable to Larry Bird) to post a winning record.  Hodges was fired almost 40 years ago.

Sometimes, university administrators should just leave things as they are.  This is one of those times.

3 thoughts on “Indiana State should thank Greg Lansing with a big raise, not fire him”