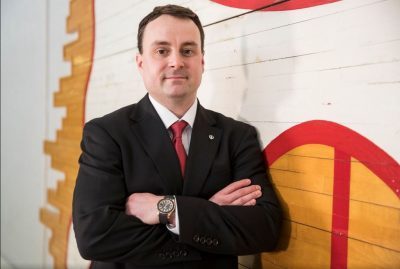 Four years ago, IU fans were told Archie Miller was a grand slam hire that guaranteed Indiana would compete for Big 10 titles. Four years in, fans are tired of waiting.

Will Archie Miller be back at Indiana or won’t he?

That’s the question of IU’s offseason, which could begin as soon as Thursday night.  Indiana will try to push forward the end of the season as far as they can at this weekend’s Big 10 Tournament, but as the 10-seed it’s likely the disappointing 2021 campaign will end there.

Indiana needs to earn a spot in the tourney finals to finish the year with a .500 record that would almost certainly punch their ticket to the NIT.  Beating Rutgers, Illinois, and likely Iowa on consecutive days will be a tough task for a group that has lost its last six games by an average of over eight points.

This is a miserable time to be an Indiana Basketball fan.

The Hoosiers are in year five of a mediocre run the likes of which have not been seen in Bloomington in over a century.  Even in the worst of times, Indiana has always found a way to post a winning conference record at least once every five years.

As a result, Indiana fans crave a reason to hope brighter days might be ahead.  That means a new coach or talented recruiting class.  Nothing against Logan Dumcomb, but he alone does not comprise a transcendent class.  Although change doesn’t always bring a better outcome (see replacing Tom Crean with Archie Miller), it’s the likeliest road to salvation for a basketball program.

Indiana has 10,500,000 reasons to bring Miller back.  Those are the dollars IU would have to cough up to make Archie go away, and that ignores the giant sack of cash that would be needed to reel in the new guy.

Another significant motivation to avoid firing Miller is that Indiana has a lame duck president who will be replaced by someone on July 1.  With Michael McRobbie leaving, why would he sign off on the buyout when the athletic department is at least $40M in the hole due to COVID-related revenue losses?  Alums are already being strong-armed for donations that will help retain faculty on furlough.  Who would also pony up the $10.5M for Miller to pack a box?

On the other side of the coin, how costly would it be for IU to roll into a fifth year of Archie.  The malaise contaminating the IU fanbase would certainly lead to Simon-Skjodt Assembly Hall being half full for games next season and TV viewership for IU games at all time lows.  Some of those fans might never come back.

During times like these, fans ask questions like, “Where would you rank Miller as a Big 10 coach?”  Sadly, the answer is damning by anyone’s reasonable reckoning.

Here’s the list of coaches unquestionably ahead of Miller – Tom Izzo, Matt Painter, Brad Underwood, Chris Holtmann, Fran McCaffery, and Juwan Howard.  They have won at a much higher level than Miller.  Greg Gard, Steve Pikiell, Mark Turgeon, and Chris Collins can be safely listed among those whose achievements have trumped Miller’s while at IU.  That leaves Fred Hoiberg, Richard Pitino, and Jim Ferry – the guy who took over from Patrick Chambers as the interim coach at Penn State.

I feel better about Miller as a coach than Pitino and Ferry.  Hoiberg has achieved nothing of note at Nebraska.  Sure, Hoiberg won at Iowa State before being hired by the Chicago Bulls, but Miller won at Dayton too.  Let’s say Miller slides in at 11th.

Is that what Indiana wants as the leader of its hallowed basketball program – the 11th best coach in the Big 10?  Is there any reason at all to believe the Hoosiers are about to hit a tipping point to rejoin the elites of college basketball?

Think of it this way, if the IU job was open today, would you be in favor of Dolson hiring Archie?

The most important question of all – if Miller is seen as the cause for Indiana’s indefinite standing alongside college basketball’s mediocres, who can athletic director Scott Dolson hire to lift the Hoosiers back to respectability?

3 thoughts on “Indiana Basketball – if the IU coaching job was open, would you want Dolson to hire Archie Miller?”