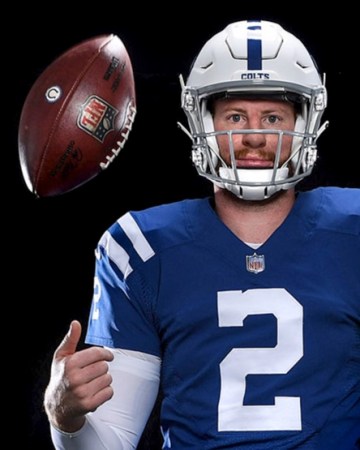 Carson Wentz doesn’t need to be the best QB in the NFL for the Colts to win – just on par with Philip Rivers.

Philip Rivers was old, immobile, and coming off what appeared to be a season that signaled his big slide into irrelevance.  The Colts signed him to a one-year, $25 million deal, and I was very skeptical.

In 2019, Rivers threw 20 interceptions and was sacked 34 times.  The Chargers finished that year 5-11.  Why would general manager Chris Ballard and Frank Reich scoop Rivers up off the side of the road hoping he could lead them back to the playoffs?  It didn’t make sense.

As Rivers turned 39 during the 2020 season, he put up numbers (over 4,000 yards passing and a QBR of 62 while throwing only 11 ints and taking 19 sacks for fewer negative yards than any year in his career) that were representative of the kind of quarterback he had always been – durable, efficient, and smart.  The Colts earned an 11-5 record, played the Buffalo Bills tough during a playoff loss, and validated Rivers as the right signing despite his wayward final season with the Chargers in 2019.

There are a lot of people who feel similar skepticism about Carson Wentz as the replacement for Philip Rivers.  I am not among them, despite Wentz’s terrible 2020 season.  And make no mistake about it – Wentz was brutal as he Led the NFL in interceptions with 15 and sacks with 50 despite playing only 12 games.  The Eagles were a dismal 3-8-1 with Wentz as a starter.

If Wentz’s 2020 sack and pick numbers are replicated, the Colts will be lucky to win five games, but some of those wretched stats were caused by multiple injuries to the Eagles offensive line and wide receiver corps.  That’s not to excuse Wentz for all of the Eagles offensive misery in 2020, but it does provide context as to why Ballard and Reich feel last season was an aberration.

Here are four other reasons for Colts front office optimism (and thus mine):

There are potential complications that could hamper Wentz’s success, such as recently signed free agent left tackle Eric Fisher not being available when the season begins, T.Y. Hilton getting older, and Parris Campbell‘s fragility, but overall Ballard and Reich have earned a little trust with how well Rivers worked out during his final season.  The schedule is quite a bit tougher too with interdivisional games against six of the top eight teams in the league (according to power rankings published by The Athletic).

The deck isn’t stacked against the Colts because they compete against other flawed teams in the AFC South.  The Texans and Jaguars are among the NFL’s worst teams, and the Titans appear on paper to have taken a step back.

Whether or not Wentz gets back to his 2017 level is unimportant.  What he needs to do is manage the offense, muck plays when necessary, and avoid drive-ending, game-changing mistakes as the Colts bludgeon AFC South opponents and go .500 against the other 11 teams on their schedule.

That would put the Colts at 11-6 or 12-5 and make Wentz the favorite to win NFL Comeback Player of the Year.