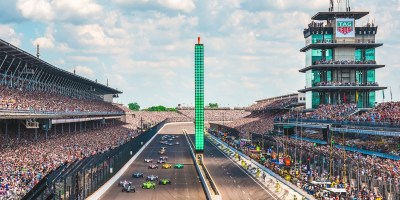 The Indy 500 live and local blackout is illogical and bad business. Why it continues is a mystery. That it would return during COVID restrictions would be shameful.

Every year, the same debate rages in central Indiana – should the Indy 500 live and local TV blackout be permanently lifted?

Twice in recent memory the Greatest Spectacle in Racing has been available for television viewers in the city where the race is run.  Last year, when no one was allowed on the grounds of the Indianapolis Motor Speedway and in 2016 when the race was sold out, Indy residents could watch the race live.  Other years, the only mass media allowed to broadcast the race was via the IMS Radio Network.

Of course, live local TV blackouts of sporting events are idiotic.  That’s why they no longer exist, with the exception of the Indy 500.  Blackouts depress the gate instead of enhance it.  NBC’s broadcast of the Indy 500 is a love letter to the event, and will pique the interest of young Hoosiers, making it more likely they would attend future races.  Instead, people in power have embraced the arcane notion a blackout forces fans who want to see the race to buy tickets.

The NFL and NHL used to believe it too.  Then they figured out what was already obvious.  TV is an extended commercial for attending the events it broadcasts.  People watch and say to each other, “That looks like a fun way to spend a few hours!  I want to got there!  Let’s buy tickets!”  That is why all similar blackouts went bye-bye a generation ago.  But for some reason, this one lingers as a ridiculous ode to bad business practice.

For younger viewers, their understanding of the blackout is more stark and troubling.  If an event is not broadcast live, it doesn’t exist.  There are not more likely to buy tickets – they refuse to be believe the race happens.  Instead of perceiving the Indy as a cool event and fun way to spend the day before Memorial Day, they choose another option.

The decision as to whether the Indianapolis Motor Speedway will lift the live blackout has yet to be made, despite the race being only six days away.  It would be easy to argue that a COVID driven attendance cap of 135,000 should make this the simplest of all calls.  Because the 135K tickets are gone the race is technically a sellout, so who would gain from blocking Indy residents from watching the race live.  That lost-in-the-weeds argument is unnecessary because the blackout defies logic as a concept.

IMS president Doug Boles told WISH-TV yesterday that the blackout had not yet been discussed, and that a decision would be made this week.  Knowing how detail-oriented Boles and Penske are, I don’t believe that for a minute.  The longer they kick the can down the road, the more heroic their gesture of access – and the most money the radio network can bill for its spots.

Again, no one benefits from continuing the blackout.  No one.  With live TV, national ratings will be bigger, more tickets will be sold, and the coolness of the Indy 500 will be shared with a generation of Hoosiers who otherwise would never know it exists.  Yes, the radio network potentially loses a fairly intense lift from the Indy market’s 10 rating and 60 share, but what does that mean to IMS owner Roger Penske in the grand scheme of things?

The longstanding traditions fo the Indianapolis 500 can be quaint to the point of confusion, but Penske is one of the world’s clearest thinkers.  I assumed when he bought the Speedway and all its assets, he would redline the blackout on day one.  Not so far.  We can only hope logic wins on a year by year basis prior to the last live and local TV blackout in American sports media being deemed obsolete.

3 thoughts on “Indy 500 Blackout – it’s continued existence is nonsensical, especially as COVID restrictions are in place”