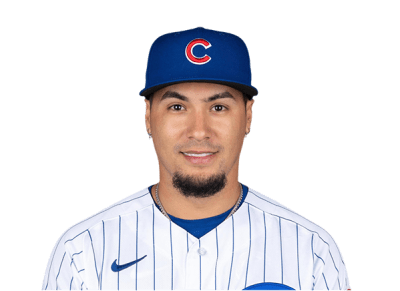 El Mago worked in reverse last night as he added an out to the Cubs total.

Back in 2016, I couldn’t imagine the Cubs winning without Javier Baez.  He was my favorite Cub among many candidates.

Baez was magical as a second baseman and baserunner.  He won with his brain as well as his bat and lightning quick tag.  Since then, Baez has devolved into an absent-minded all-star.

On pace to strikeout 211 times, Baez is as unlikely to lay off sliders low and away as was Alfonso Soriano, and last night it got worse.  Much worse.

Baez was on first with one out in the bottom of the fourth when Anthony Rizzo flied out to left.  The Indians left fielder looked somewhat baffled as he returned the ball to the infielder, and for good reason.  Baez was about to round third, and was easily doubled off first.  Baez believed there were two outs.

The Cubs have failed to score more than three runs during any of their previous nine games for a total of 16.  This is not a team that scores easily, and they must maximize every opportunity.  Losing track of the number of outs while on base is not just unacceptable, it’s heresy.

Cubs manager David Ross pulled Baez from the game, and after the game said the issue was closed.  I hope that isn’t the case.

As the Cubs head toward an offseason when three core players (Baez, Anthony Rizzo, and Kris Bryant) scheduled to become free agents, team president Jed Hoyer has decisions to make.  Should any or all of that trio be dealt to re-stock the farm system, or should he pound his fist on owner Tom Ricketts $170,000 mahogany desk to demand the cash needed to negotiate extensions for these world champions?

If I can squeeze myself into Ricketts’ tailored suit for a moment – if Hoyer argued for retaining Baez, I would pound the desk right back at him, “You want $210-million of my family’s cash to re-sign a guy who can’t count to two?”  Sadly, I win the argument on merit, not because I am the owner.

Of the three, Baez revealed himself to be the most dispensable last night and that is a shame because he has been the Cubs most valuable and enjoyable player to watch since he came up in 2015.

But Hoyer’s decision should have been made last night.  Heartbreakingly, it’s time to make Baez a former Cub.