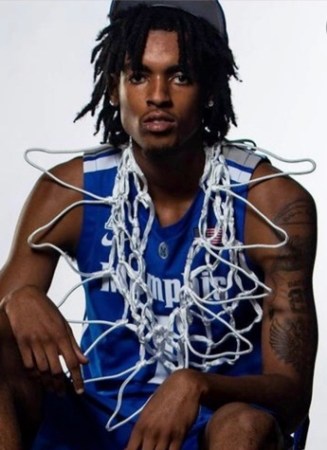 Emoni Bates will reportedly be paid like a pro to play basketball for the University of Memphis.

NIL money is reportedly going to flow toward prized recruit Emoni Bates as part of an agreement between the University of Memphis and FedEx, according to multiple reports from sources being retweeted often by fans of schools Bates spurned.

The NCAA bans any pay-for-play, as well as using NIL as a recruitment lever, so Memphis being complicit in a deal to funnel cash from FedEx to Bates – and fellow recruit Jalen Duren – would appear to qualify as a violation.

A bigger question is whether the NCAA will ever bother to enforce rules that most schools have broken in spirit consistently since the end of June when “student-athletes” were allowed to profit from their brand value.  Schools are funneling students into rooms where they are taught about the proper way to leverage their brand value to earn a substantial income.  Are recruits not paying attention to reports about how much cash current players are earning at School A vs. School B?  of course they are, and you can bet their parents are too.

If the NCAA starts dinging schools or ruling ineligible “student-athletes” who are part of an NIL strategy that allows them to earn maximum value for their image, where does it begin and end?

We can sit in judgment of a system that rewards schools who can win the bidding for a five-star recruit out of Ypsilanti Prep, but when was that not the case in college athletics?  Schools and those tethered to the schools have been paying recruits through a variety of means for as long as there has been collegiate athletics.

NIL legislation has moved the payments away from cash-filled shoeboxes left at hotel room doors and handshakes from boosters into the light of day.  That’s a good thing, I guess.  What won’t be good is another class of violations for the NCAA enforcement staff to wrangle through it’s labyrinthian process toward resolution seven years from now.

Rules only work if members of the governed community follow them.  Allegiance is driven by consequences that outweigh the benefits of the violation.  At best, the NCAA has swung slowly a dull sword in punishing members for breaking rules.

The only swift justice has been applied to “student-athletes” like Memphis’ James Wiseman and Louisville’s Brian Bowen Jr., who were both ruled ineligible for receiving improper benefits.  Edwards and Bowen had no path for recourse because they were bouncing from college basketball to the NBA soon enough, and a lawsuit would take longer to resolve than their planned eight months of higher education.

NIL has changed that game substantially.  If FedEx’s tab for securing Bates and Duren’s commitments have been accurately estimated, they each have seven-figures coming to them for playing (and studying) at Memphis.  That princely sum is worth fighting for in court.

This time, when the NCAA flexes its muscles toward a “student-athlete.” he is very likely to flex his own substantial legal muscle in the opposite direction.

One thought on “Does Emoni Bates commitment to Memphis violate NCAA NIL rules? If so, does it matter?”