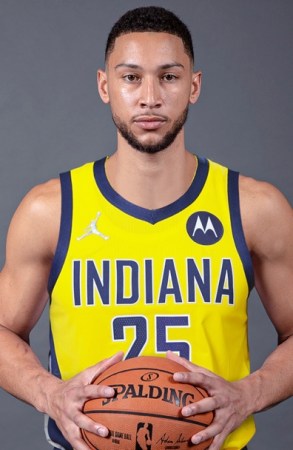 Ben Simmons to the Indiana Pacers?  Oh, hell no!

These rumors must have been planted by Simmons’ agent to try to create a market out of this air for the disgruntled Philadelphia 76er, right?  There is no way the Pacers do something this silly.  Kevin Pritchard is a lot of things as a team president, but silly is not among them.

Here are five great reasons why trading for Simmons would be the height of lunacy (if you need more than these five, I have plenty more.  Just email me for the complete list, which is longer than Martin Luther’s 95 Theses against the Catholic Church):

It’s not that Simmons is a bad player.  In four seasons, he’s been an all-star three times, and a first team All Defense member twice.  If Simmons could shoot, he would be one of the best five players in the NBA.  But he is not.

It’s very likely these rumors of Simmons to the Pacers are nothing more than ridiculous bleating proffered by the Simmons camp to gin up a little interest.  They sure don’t want their meal ticket to forfeit giant chunks of money for following through on his threat to never play for the 76ers again.

But on the off chance this smoke isn’t coming from arson within the Simmons cabal of advisors, for the love of James Naismith, Pritchard must not pull the trigger on a deal to bring a fatally flawed player to a city where shooters are king.

Indiana fans are smart – they have heard coaches say the same thing since they were born – “If you can’t shoot, you can’t play.”  Ben Simmons can’t, so he shouldn’t.  At least not in Indiana!