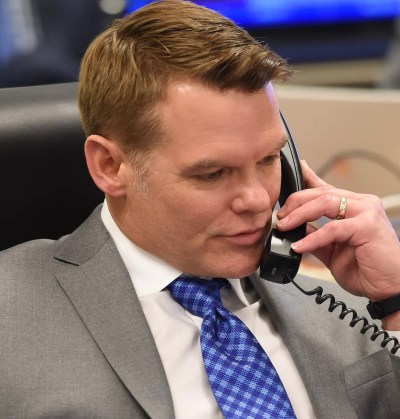 Indianapolis Colts general manager Chris Ballard does not like regret, and will not make a trade or sign a player that will cause it.

As a result, Ballard waits for the terms of any deal to become team friendly before he makes his move.  Other teams snap up the elite talent available while the Colts pursue safe acquisitions between now and the draft.  Some of the early shoppers regret their moves – the Detroit Lions and Miami Dolphins spring immediately to mind as franchises who swing big and miss.  Others find a needed piece of the puzzle for a Super Bowl run.

The Colts languish in confident mediocrity.

In the past, I have avoided writing about the Colts intractability because I was sure immediately after I posted it, Ballard would finally unleash a torrent of aggressive signings and I would feel silly.  Well, during the sixth free agency period of the Ballard era, I feel confident that I can scoot this out there in plenty of time prior to Ballard’s prudent cost-friendly moves!

This year appeared to be different until the checkbooks came out.  The Colts have glaring holes at quarterback, left tackle, receiver, and tight end.  They also have an NFL high $62,655,729 in cap space – roughly $15M more than any other team.  What the Colts don’t have is just as important – a top 40 pick in the April draft.

That means the only way to reliably fill more than one of those holes is through free agency or trade, and quarterback is the most important position in sports, so it tops the list.  We know winning a Super Bowl without an elite level quarterback is exceptionally difficult and requires a dominating defense when it happens.  The Colts defense is good at taking the ball away, but it is not dominating; it was not even very good against the NFL’s worst team in the 2021 season finale with a playoff berth on the line.

When the Colts dealt Carson Wentz because he was not good enough in a variety of areas to be counted upon to lead the Colts to a Super Bowl, it was assumed there was a plan to fill the vacuum with excellence.  When Russell Wilson was traded by the Seattle Seahawks to the Denver Broncos, Aaron Rodgers re-signed with the Packers, and Tom Brady unretired to return to the Bucs, it was adios, excellence!  Even Mitch Trubisky was signed by the Pittsburgh Steelers, so that was adios, OK.

The remaining quarterbacks bring a variety of flavors of mediocre-to-good play.  The most intriguing is soon-to-be former 49ers starter Jimmy Garoppolo, who has played in one Super Bowl and another NFC Championship Game not two months ago.  But Garoppolo underwent surgery on his throwing shoulder last week, and under the best of circumstances is projected not be ready to go to work until July.

The Colts have been down the shoulder injury road with another quarterback, and he retired 15 days before the 2019 season opener, so if Ballard is a little bit reserved in his pursuit of Garoppolo, that is understandable.

The other candidates – Gardner Minshew, Jameis Winston, Andy Dalton (dear god, no), and Jordan Love among them, are either on the downside of their careers, rejects from multiple teams, or entirely unproven.

There is always the chance that the Colts wait until the draft to find a QB, but would have to trade up in order to secure their guy – unless they are counting on the other 31 GMs to miss out on a gem like Brady, Wilson, or Dak Prescott.  And then still they need to find a starting left tackle, starting tight end, and two starting receivers (unless Ballard wants to count on Parris Campbell to stay healthy, which he has said he doesn’t).

Yesterday, the Colts tried to throw the media some ground beef to throw it off the scent of their fixed methodology of frugality by announcing Reggie Wayne as the new receivers coach.  That was fun news, but at 43 years of age, Reggie is done winning games with his excellent route running and sticky hands.  It would be more fun to find out who Wayne is going to coach  in addition to Michael Pittman.

Including the playoffs, Ballard is 42-42 as the chief architect of the Colts roster.  The time has come for Ballard to embrace the difference between physics and dogma, adjust, and go to work filling holes rather than pray his sound economic principles can bring a Lombardi Trophy to Indy.  As we know, championships are won by elite players, and elite is never on the clearance rack!