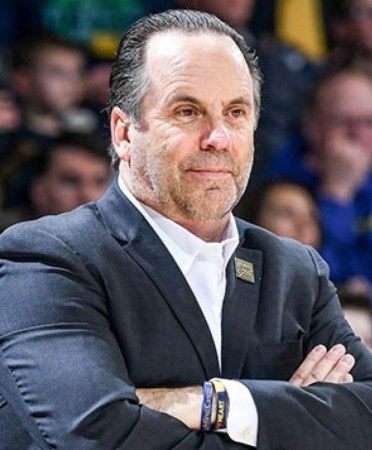 When Mike Brey stopped wearing turtle necks under his suit coats, I thought there was hope for him. And then he told the media his brother coaches should “shut up and adjust” to NIL, and I fell in love!

Notre Dame men’s basketball coach Mike Brey is not a whiner.  Sadly, that places him in a distinct minority among those in his profession.

Here is what Brey said at the ACC spring meetings last week about the challenges of athletes monetizing their names, images, and likenesses, “[Coaches] have got to stop complaining.  This is the world we’re in, and last time I checked, we make pretty good money. So everybody should shut up and adjust.”

“Shut up and adjust” might be a quote of the year from a coach for 2022.  Whining is what coaches do – to their players, refs, the media, their families, and cashiers at the Kroger.  Recent rule changes to allow athletes the ability to reap rewards from their name, image, and likeness have coaches upset.  It allows them less control, so they hate NIL.

Coaching is all about two things – teaching and control.  Some coaches understand teaching is the best part of the job, but others want to tightly choreograph player movement on and off the court.  Brey understands that control is not possible, so efforts invested in it are pointless.

After more than 40 years since Magic Johnson and Larry Bird playing in the 1979 NCAA Finals opened the flood gates of popularity and cash for college hoops, finally players are allowed to engage in free enterprise in the same way every other American can to leverage popularity into the cash.

This gives an obvious advantage to more popular and successful programs – as it should.  Why would an All American at Kentucky or Duke be compensated at the same level as a guy coming off the bench at Siena or Chicago State?  Brey not only understands this patently logical perspective, but encourages others to “shut up and adjust” to it.

And so Brey has become my favorite coach.  I’ve always liked him because he seems like an oddly normal guy in a profession filled with poseurs and peacocks.  Brey is the kind of guy you might not even notice sitting next to you at an old school Mishawaka bar as you order a schooner of Tuborg.  But now he has become a guy willing to tell his peers to stop carping and shut up.

Next time I am in South Bend and see Brey, I’m going to thank him with a schooner of Tuborg big enough to swim in for being one of the very few coaches to not only say what is real, decent, and reflective of the rights all human beings should enjoy, but to also tell others to stuff their self-immersed claptrap in a sock!