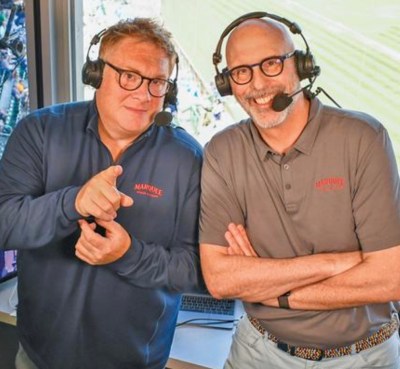 I’m never sure whether to blame Jon Sciombi and Jim Deshaies for the inane positive blather during Cubs broadcasts – or credit them for surviving such a miserable professional experience.

Of course, reality is different.  No one pays attention to Marquee Networks glad tidings and refusal to allow words like “rebuild” to escape the lips of management or media.  Frank Schwindel and Nico Hoerner are discussed with the same respect as Javier Baez and Kris Bryant as though fans can’t tell the difference.

Insulting customers is a great business model.  Applebee’s doesn’t try to tell those who eat there that the food is remotely similar to a high end steak house because they know human beings are not idiots – at least most aren’t.

The Cubs have a different opinion of their fans.  Marquee hosts behave as though the Cubs 18-25 record doesn’t exist, and that tomorrow’s game could start a 20-game winning streak that gets the Cubs right back in the National League Central race.  As with everything in the World According to Ricketts, all things can be controlled through deceit, will, and an eight-dollar haircut.

Billionaires enjoy getting their way, and Ricketts wants a skinny payroll to produce fat revenue.  So what if the Cubs suck because he didn’t want to pay all-stars!  That doesn’t mean fans need to believe what the record tells them.  “A rebuild is not a rebuild unless we use the word!”

What Ricketts fails to understand is that honesty works.  In sports, media, and life, honesty even pays.

The Cubs have been playing baseball poorly (most seasons) for almost 150 years.  The Marquee Network presentation of Cubs baseball is in its third season, but has wasted no time establishing itself as the media parallel to its on-field product.

If Ricketts wants proof of the power of honesty, he needs look no further than the statue outside Wrigley Field outside the entrance to the bleachers or the enormous big screens as the Cubs get ready to make three quick outs in the bottom of the seventh.

Harry Caray has been dead for 24 years, but Cubs fans still sing along with Harry during the seventh inning stretch and revere his presence as the Cubs play-by-play voice on WGN-TV.  Do the Cubs not understand Harry gained icon-level popularity because he was honest about the Cardinals, A’s, White Sox, and finally the Cubs?  He voiced the fans’ fury with bad baseball, and we loved him for it.  He connected through his honesty.

If Harry worked for Marquee, he would be fired before the end of the third inning in the opener.  “Schwindel dropped it!  Why does he wear a glove if he doesn’t know how to use it!”  Harry, the red phone is ringing, can I have your prox card, please?

Marquee recently stopped a recording of its panel show “The Reporters” because Chicago radio host David Haugh mentioned a lack of transparency from Cubs upper management.  I guess they believe fans won’t understand that last year’s salary dumps of Kris Bryant, Anthony Rizzo, Javier Baez, and Joc Pederson ushered in an era of bad baseball if they don’t use the r-word.  Producers claimed the record button was not pressed, so the segment would need to be re-done – and minus any mention of a lack of transparency, please.

Treating fans like lemmings who will accept what they are told is shortsighted and denies a basic understanding of how media works.  Without trust, media offerings will be ignored.  Dishonesty eradicates trust, and a lack of trust destroys consumption.  That kind of easy math should be within the grasp of a guy like Ricketts, who owns an MBA from the University of Chicago.

Pretending Rafael Ortega and Alfonso Rivas are Anthony Rizzo and Kyle Schwarber because they wear the same clothes and caps is ridiculous – for management and fans, and instructing media to do the same runs counter to sanity and good business.

As Marquee ponders it’s future and ability to leverage eyeballs for the Ricketts profit, they need to put one word at the top of the white board of brainy ideas – honesty!