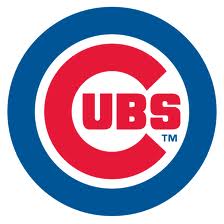 In that area between the snow belt and the sun belt, winter is virtually unbearable.  Too warm for skiing and snowmobiling, and too cold for golf and tennis, there is nothing to do but look ahead to warmer days, and the most important bellwether for warmer days is the first day of spring training.  That day for the Chicago Cubs is one month away.

Hope for the Cubs springs eternal for every single living fan who have had their hopes and dreams shattered with mediocre to poor play for the majority of seasons, and a few that were good enough to titillate but never deliver the goods.

Of course even I will look forward to opening day in 2011 with hope that the endless years of disappointment will end.  The leadership of the Cubs appears to be committed to finishing at .500, but maybe the team can overcome the limitations of the bloated boob calling the shots.

But hope hurts, especially for Cubs fans.  Here are some reminders of why cynics fill Wrigley Field.  This top ten is in no way complete.  There have been thousands of terrible moments that I have endured since Ernie Banks was able to squeeze that big ass into flannel britches.  Tomorrow, I’ll share the bottom half of a top ten list of great moments, which will be much more difficult to compile.

#10 – October 12, 1929 – This was obviously long before most of our time, but it was still a terrible day.  The Cubs were playing game four of their first World Series in 11 years (seems like the blink of an eye to current Cubs fans), and led the Philadelphia A’s 8-0 heading into the bottom of the seventh.  A win would have evened the series at two games apiece.  Charlie Root was rocking and firing for the Cubs, allowing only three hits through six.  Of the seven A’s who came to the plate against Root, six reached, and the flood gates opened.  By the end of the seventh, the A’s led 10-8, and the Cubs collapsed.  Two days later, the Cubs led 2-0 heading into the bottom of the ninth.  The A’s rallied for three runs against Pat Malone for the series clinching win.

#9 – September 10, 1969 – There were so many good and bad days in 1969, it’s hard to pick one, so we are going with the day the Cubs fell out of first place.  On September 3, the Cubs led the NL East by five games, and appeared to be rolling toward their first postseason berth since 1945.  On that day they started a 12 game stretch during which they lost 11.  At he end of that two weeks, they were 4.5 games in back of the Mets.  September 10th was the day they fell out of first place.

#8 – June 15, 1964 – John Holland, the genius who a few years later would pass out while negotiating a trade with the Reds that would have brought Frank Robinson to the Cubs causing the Reds to put together a deal with the Orioles, pulls the trigger on one of the most infamous trades in baseball history.  Holland sends Lou Brock to St. Louis for Ernie Brogio, Doug Clemens, and Bobby Shantz.  Brock went on to a hall of fame career.  Broglio went 7-19 for the Cubs in three seasons.

#7 – October 6, 1984 – Game Four of the NLCS with that self-aggrandizing twit Steve Garvey circling the bases with his fist in the air after breaking a 5-5 tie in the bottom of the ninth was horrible.  The Cubs jumped out to a 2-0 lead in the best of five series, and the Cubs only needed one win in three games out in San Diego to earn a trip to the World Series for the first time (again) since 1945.  Garvey’s home run evened the series, and made the next day’s game an all-or-nothing exercise in futility.  Including the playoffs, Rick Sutcliffe was 17-1 since coming over in a trade with the Indians, but as any real Cubs fan knew before the game, the Cubs would find a way to lose.  The ground ball through first baseman Leon Durham’s legs was a symptom, not the cause.

#6 – October 15, 2003 – Game Seven of the NLCS against the Florida Marlins was a night very similar to that Sunday afternoon in 1984 where Cubs fans just knew it wasn’t going to go well.  The night before, the Cubs were five outs away, and a 1929-esque nightmare broke the Cubs heart.  I was at this game with Paulie Balst and Dan Dakich.  After a leadoff triple by Juan Pierre and a Luis Castillo fly out, a red hot Pudge Rodriguez came to the plate to face fire-baller Kerry Wood.  Dan leaned over and said, Boys, I don’t know music and I don’t know the arts, but I know sports.  Kerry Wood should throw a fastball as hard as he can and hit Pudge.  He going to get a hit or walk anyway, so use this opportunity to scare the hell out of Miguel Cabrera.”  Cabrera was a 20 year-old rookie.  Wood walked Pudge, and Cabrera followed by hitting a 1-2 pitch into the bleachers.  I looked at Dan, and he gave me that great “I told you so” look.  After the game – obviously a loss – the crowd was absolutely silent.  The only sound I heard while leaving Wrigley Field was from the shoes on the cement concourse.  It was eerie, miserable, and a perfect embodiment of the destroyed faith of the fanbase.

Being a Cubs fan links generations.  The heartbreaks we have endured bind us.  While we long for the joy of victory, the misery helps keep us warm during the cold of January.